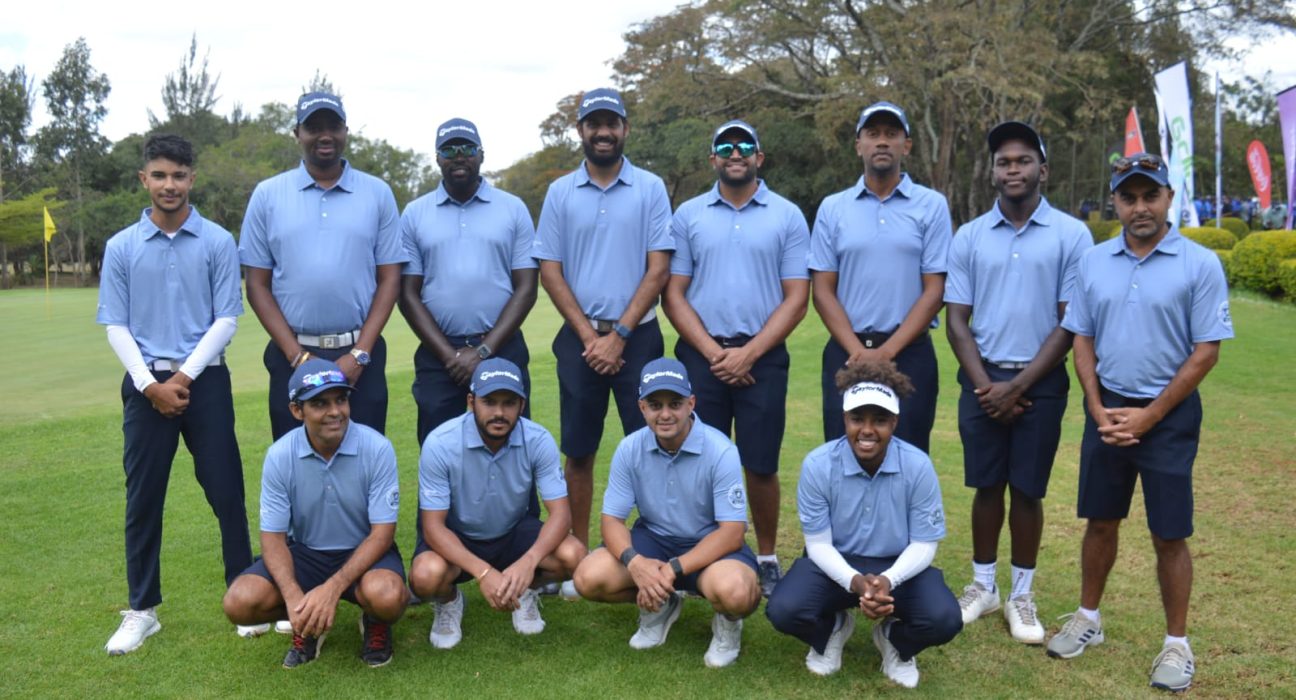 Team Muthaiga is all but assured of retaining the Tannahill Shield after stretching the lead at the top of the leaderboard to 14 points. Muthaiga collected a whopping 25 points in her outings against Royal, Kenya Railway, Karen and Mombasa.  They lost only two matches today, against Railway and Mombasa, and tied another with Royal to lose their perfect run in the competition. Muthaiga only needs to pick two points tomorrow to retain the shield as they enjoy a healthy lead over second placed Team Western.

“We are in a very good position but we still want all the 16 points tomorrow. We want to set the winning record for this tournament. Believe you me, we shall be more ruthless tomorrow, “ said pro Jeff Kubwa, Muthaiga coach.

The Westerners maintained the runner-up position today after a late rally in the afternoon collecting 14 points in their games against Vetlab and Karen. They must now go for the maximum 16 points in tomorrow’s final matches against Muthaiga and Limuru and pray that the defending champions collapse.

Hosts Royal failed to close the gap at the top and dropped to joint third with Railway on 26 points. The hosts started the day brightly by collecting 11 points in the morning rounds but had a terrible afternoon where they managed only five points to drop off the pace.  Railways charged up the leaderboard late afternoon after managing 10 points in their encounters with Sigona and Limuru. Tomorrow’s match between Royal and Railway will most likely determine who finishes third.

All is not looking good for Karen and Vetlab as they flatter dangerously with relegation. Karen came on top today in the relegation derby and went ahead to pick 11 points but remain firmly rooted at the basement with a total of 15 points. If they produce a result against the much-improved Sigona and Mombasa tomorrow, they may just secure a place in next year’s competition more likely at the expense of the inconsistent Vetlab.

Meanwhile FedEx champion Patrick Cantlay shot four under 67 to take a two stroke lead at the RBC Heritage. It was a tough afternoon for former world no. 1 Dustin Johnson and The Masters runner-up Cameron Smith as they missed the cut after shooting one over par.

Follow all the action live from the Harbour Town Golf Links course on DStv. Visit www.dstv.com to subscribe or upgrade, and join in on the excitement. And while you’re on the move, you can stream matches on the DStv App.