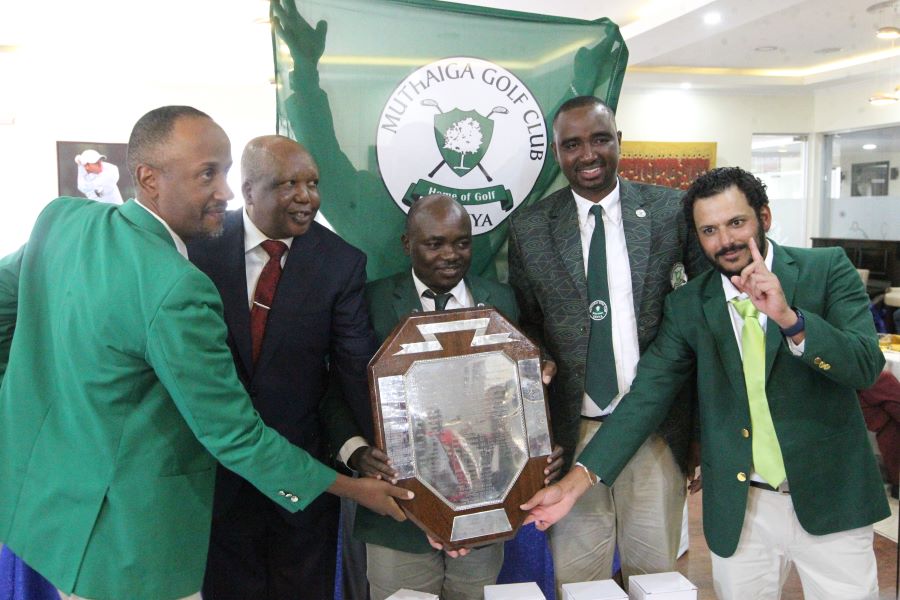 Team Muthaiga completed a wire-to-wire performance today to retain the Tannahill Shield with a record 53 points as curtains came down on the foursomes Easter tournament.

Needing only two points today for a successful defence, Muthaiga went on the rampage in their final matches against Team Western and Limuru winning with an identical 6-2 margin for a total of 12 points. The champions lost one match against Limuru and tied two against Western.

Hosts Team Royal finished joint second with neighbours Kenya Railway after their hotly contested final day derby ended all square. Both teams collected 10 points today after tying 4-4 and identical 6-2 wins over Team Vetlab to finish the tournament on 36 points, 17 points behind the leader.

Team Western finished fourth after running out of steam on the final day to drop two places down the leaderboard. The much anticipated final day showdown with Muthaiga came a cropper as the Westerners were spanked 6-2. However, a 6-2 win over Limuru earned them a respectable finish.

The three-day tournament brought together 90 lite amateurs from clubs around Nairobi, Mombasa and Western region. Vetlab won the juniors tournament while Muthaiga claimed the seniors title.

Harold Varner III will be chasing his first win on the PGA Tour tonight in the final round of the RBC Heritage. Varner shot 8-under 63 yesterday to take a one-shot lead on -11 gross. The performance saw him match the lowest score at Harbour Town Golf Links this week.  Though he’s yet to win on the PGA Tour, Varner has two international victories having won the Saudi International in February and the Australian PGA Championship in 2016. He will start ahead of the chasing trio of Patrick Cantlay, Shane Lowry and Eric van Rooyen.

Follow all the action live from the Harbour Town Golf Links course on DStv. Visit www.dstv.com to subscribe or upgrade, and join in on the excitement. And while you’re on the move, you can stream matches on the DStv App.