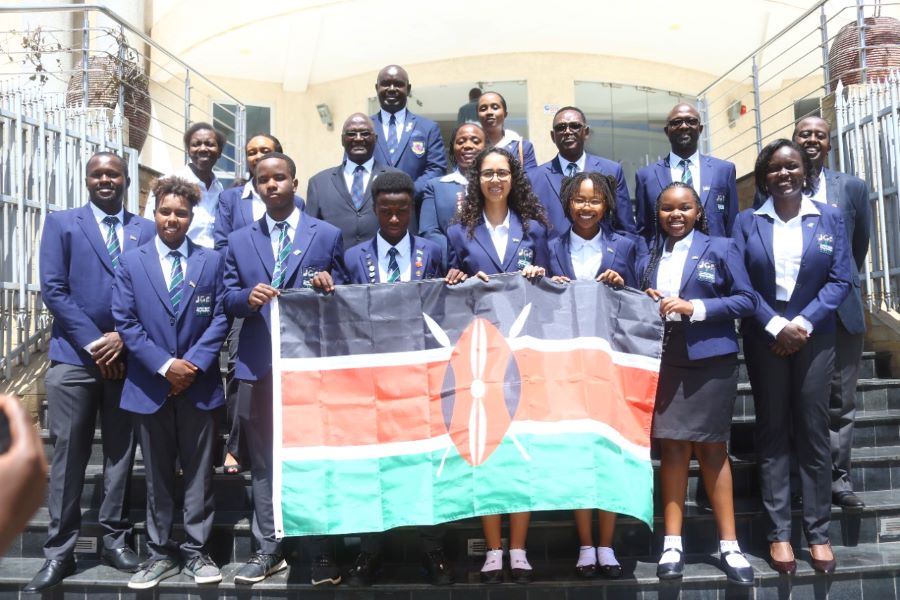 In the last 20 years, Kenya has only finished once- 2009- ahead of South Africa in continental golf championships. And since then, the gulf in talent between the two countries has been widening as other countries, notably Morocco, Egypt and Tunisia, emerge pushing Kenya further down the pecking order.

Although Team Kenya finished third at the just-concluded All Africa Golf Team Championship in Egypt, the huge gap-34 shots- behind eventual winners Morocco calls for some soul searching. Despite fielding a weak team due to the absence of star players, South Africa still finished 26 strokes ahead of Team Kenya. Interestingly, team coach John van Liefland who prepared the team for one week ahead of the continental championship saw it coming.

“We spend the short time we were together working on basic aspects of the game mainly short game and course management. In an ideal scenario, we should have worked on the technical aspects of the game like swing mechanics using modern technology,” said Van Liefland.

Technology is employed in the modern game to measure swing speed, angle and path by using sensors which generate data sets that is used for player feedback. “Everything in golf is now measurable. We are now able to compare ourselves with the best golfers in the world. Whereas I appreciate that we have very talented golfers in Kenya, raw talent is not good enough to take you to the next level in the modern game,” the coach observed.

Technology aside, the coach says the limited talent pool in Kenya especially at the junior level, is doing the country a huge disservice in her quest to be the top golf nation in Africa. Whereas there are an estimated 10,000 active golfers in Kenya, South Africa boasts of 150,000 golfers playing on 450 courses.  This has seen South Africa produce several golfers on the elite PGA and Euro Tours. In fact, six South Africans are currently in the top 100 of the World Amateur Golf Ranking. Kenya’s highest ranked golfer in the amateur circles is Adel Balala who is in position 196.

Said Van Liefland: “Let us work towards building a large base of golfers which will translate to a richer pool. We must start doing things differently include opening private members’ clubs to non-members more so junior golfers. I must admit we are on the right path with junior golf training programmes but they need to get more structured. Our priority at the moment should be to introduce as many children as possible to the sport and setting up an incentive scheme to motivate junior single handicap golfers.”

The coach posits that as soon as the twin issues of technology adoption and access are fully addressed, a comprehensive programme that will ensure the top players gain exposure at competitive levels should be mooted. “I know we keep asking if or when a Kenyan will win Magical Kenya Open. We must be patient and realistic. Let us first come up with a programme that will see to it that at least four players compete consistently on the European Challenge Tour to develop their match fitness and mental strength. And success shall follow,” he summed up.

The state of the game of golf in Kenya