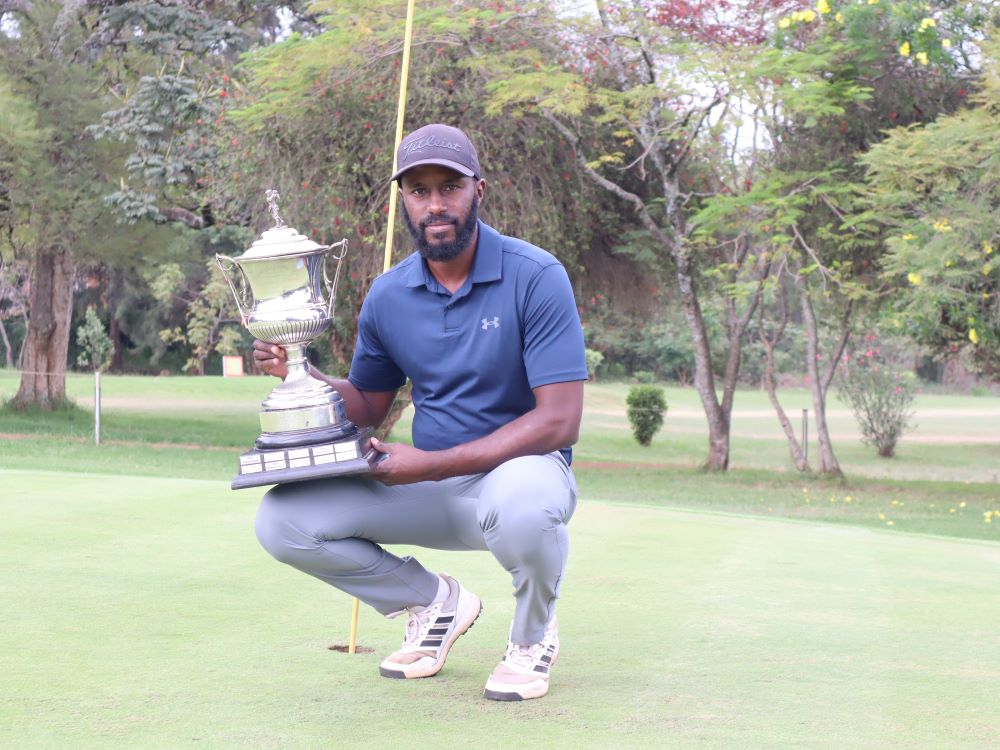 Apparently, the elite amateurs have been raging with anger for the better part of this year but matters came to a head last week when the Kenya Amateur Stroke Play Championship event at Vipingo tested them beyond the limits.

In a bizarre turn of events, the players posted unusually high scores at the stroke play championship with the winner John Lejirma carding 11 over 299 gross as Isaac Makokha and Sammy Mulama came joint second on 21 over 309 gross. In fact, none of the players in the field of 78 shot an under par round throughout the four rounds!

Wounded and back at their respective bases in Nairobi and upcountry, the players went ballistic.  So what exactly is going on in the KAGC series. Why are top amateurs posting poor scores? The trend is disturbing.

A look at the last three major events prior to the stroke play championship discerns a worrying pattern; Jay Sandhu won the Limuru open in July with a score of +7. During the event no player managed to break par in any round. The same story was witnessed during the Kabete Open championship at Vetlab as Adel Balala posted a gross score of +4 to win the event in a star-studded field where sub-par remained a mirage. There was some respite at the Karen Challenge as Njoroge Kibugu clinched the title after carding five under 211 with Balala finishing one shot back. The top amateurs have failed to break par in the subsequent events at Kericho, Coast Open, Nyanza Open and Malindi Open.

“There’s no need for subjecting Tournament administrators to mob lynching. There’s nothing unusual we do when setting up courses for KAGC events. I have seen a lot of interesting comments about the Vipingo course set up. To be honest, the scores are a true reflection of the players’ ability. They just encountered a different challenge largely due to the tough wind conditions. And please note that whenever we embark on course setup we always look at the long-term goal of preparing the players for a bigger challenge,” observed David Kihara a leading Kenya Golf Union, KGU, referee.

Vincent Wangómbe, KGU Chief Executive and renowned referee warns that setting the courses easy to “motivate” the players will be counterproductive in the long run. “We have a standard way of setting up courses. On every nine holes, there are three easy playing, three moderate and three tough holes. And this is the blueprint we follow in all our tournaments including Safari Tour and Magical Kenya Open.  The biggest test at Vipingo was the firm greens and low altitude,” said Wangómbe.

Team Kenya coach John Van Liefland however says though he encourages a tough course setup to test the players’ mettle, the challenge must be fair. “Honestly I have witnessed some ridiculous pin positions in the KAGC series where players make three to four putts. We should strive for a balance. For example, granted that playing at low altitude is already tough, the pin positions shouldn’t exacerbate the situation. But the top players shouldn’t feel discouraged so far but just keep working harder,” he said.

Team Kenya Captain Dennis Maara is however optimistic that the amateurs are still on the right track: “Probably the scores are much higher because we are playing very many events this year on a variety of courses. It doesn’t mean though that the level of the game has dropped but we need to work on it.”

Following the high scoring trend, the elite players have not benefited from the KGU bonus kitty. Under this incentive programme, KGU reimburses players tournament expenses- entry, travel and caddie fee- if they post under-par scores. “Clearly, this incentive is not working as the players are missing the target. There’s still a lot we need to do in the area of mental strength coaching to improve on quality at this level. We purposed to expose them to different playing conditions in the series this year. This is the way to go. We don’t want to give false hope by acceding to calls for easier course set up,” Wangómbe warned.