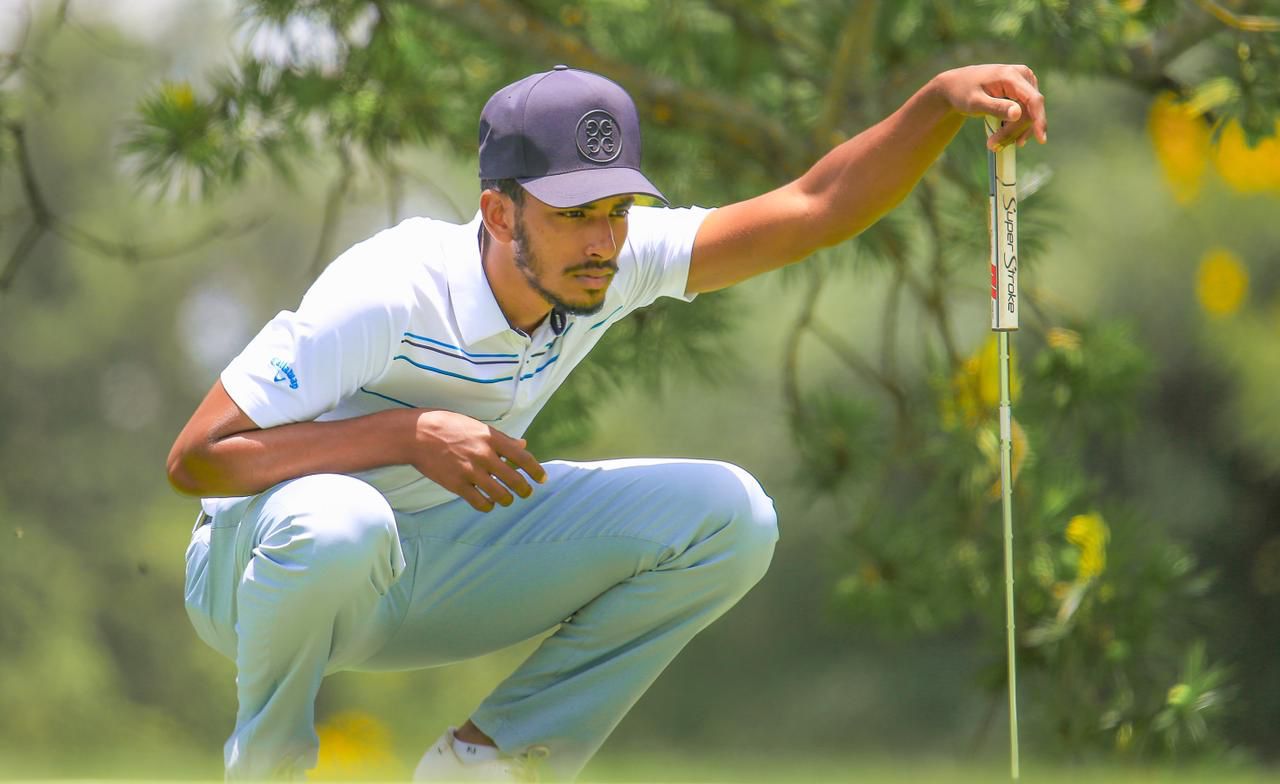 Team Kenya had a good start on the opening day of the All Africa Golf Team Championship after carding a combined three under par to finish third behind Morocco and defending champions South Africa. John Lejirma, Adel Balala and Dennis Mara shot identical one under par 71 at the El Gouna Golf course in Hurghada, Egypt to stay within nine points of the high-flying Moroccans.

The Kenyan quartet had a steady start mastering the windy conditions well on the front nine. Balala eagled the long par-5 second hole after dropping a shot on the opening hole. He went on to sink three birdies but dropped shots on no.6 and 7 restricted him to a score of one under at the halfway mark. Maara and Karanga went for the breather on level par while a late rally by Lejirma saw the Railway player minimize the damage to +2 on the turn.

Lejirma went on a blistering run on the back nine where he sunk three birdies to storm in to the top 10 on the individual players’ leaderboard. Balala returned a steady level 36 on the turn after dropping two shots and birdieing two holes to finish the day in 12th position. Maara also had a good run on the back nine as his closing score of one under 71 put Kenya firmly in contention. A blip by Karanga on the back nine headlined by a double bogey on the par-4 no. 14 saw the Kiambu player drop to position 30 after closing the day on four over 76.

The Moroccans had a good round with Fakori El Mehdi topping the charts after carding five under 67 in a bogey-free round while countrymen Adam Bresnu  and Mohammed Bourehim returned 68 and 69 respectively put pressure on the dominant South Africans.

South African Jordan Wessels shot an opening four under 68 to anchor his team to the second spot.  After a shaky start which saw him drop two shots on the no.2 par 5, Wessels shot a combined six birdies for an astonishing four under 32 on the back nine to finish the opening round one clear of compatriot Jonathan Broomhead and Tunisia’s Rabeh Bedoui. Simon du Plooy’s one under par 71 was good enough to give the South Africans a solid launch in their quest for the 11th consecutive championship title.

18 teams are taking part in the four-day strokeplay event. They include Angola, Benin, Cameroun, Egypt, Ethiopia, Gabon, Ghana, Kenya, Malawi, Mauritius, Morocco, Namibia, Seychelles, South Africa, Tanzania, Tunisia, Uganda, Zambia and Zimbabwe.  Each country is represented by four players with the best three scores counting towards the team total in each round.