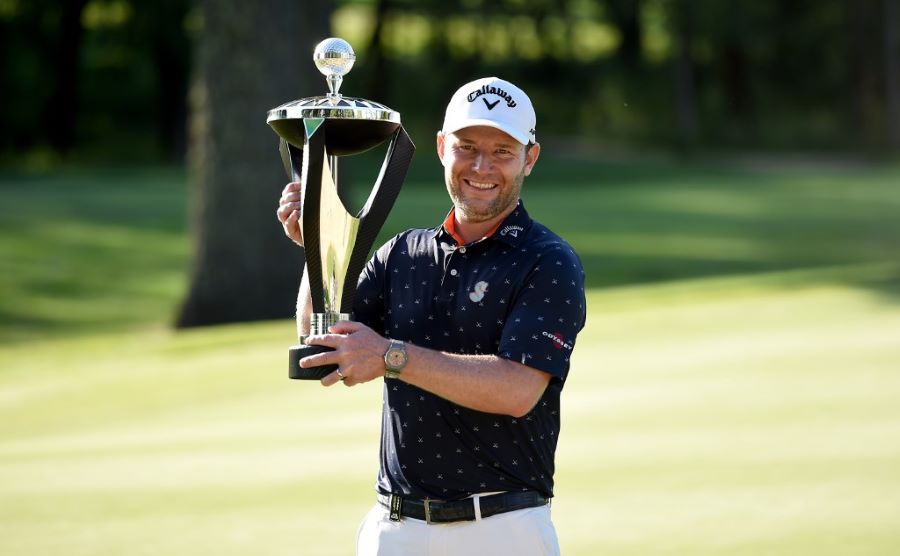 Branden Grace grabbed five of his eight birdies on the back nine on Saturday to pull away for a two-shot win in the Portland LIV Golf Invitational and capture the $4 million first prize.

The 34-year-old ranked 128th in the world pulled level with Carlos Ortiz with a birdie at the 13th, then birdied the 15th, 16th and 17th to secure the win in the second event of the controversial Saudi-funded series, which has raised the hackles of the established US PGA Tour and DP World Tour and sparked criticism over Saudi Arabia’s human rights record. But controversy appeared far from Grace’s mind as the celebratory champagne was sprayed on the 18th green at Pumpkin Ridge outside Portland, Oregon. “This new format, everything is amazing and everybody is having a blast,” Grace said after the win in the 54-hole event in which there is no cut and all 48 entrants earn some piece of a purse of more than $20 million.

Grace carded a final-round 65 and finished two strokes in front of Mexico’s Ortiz, who closed with a three-under par 69. Two-time major-winner Dustin Johnson, at 17th in the world the highest-ranked player so far to bolt for the new series, started the day tied for the lead with Ortiz but finished tied for third with compatriot Patrick Reed on nine-under. Johnson carded a one-under par 71 while former Masters champion Reed moved up with a five-under 67 that included a chip-in eagle at the 17th.

Hours before the event teed off on Thursday, family members of people killed in the September 11, 2001 attacks held a press conference near Pumpkin Ridge to voice their outrage. Insisting that Saudi Arabia should be held accountable in the attacks — in which 15 of the 19 hijackers were Saudi nationals — they joined with human rights groups who say the lucrative series is an attempt to boost the kingdom’s image through sport. Nevertheless, the golf event drew enthusiastic crowds, organisers saying Pumpkin Ridge was sold out on Saturday without offering an attendance figure.

The team title went to the All-American quartet of Johnson, Reed, Tolar Gooch and Pat Perez, each pocketing $750,000 in addition to their individual earnings.