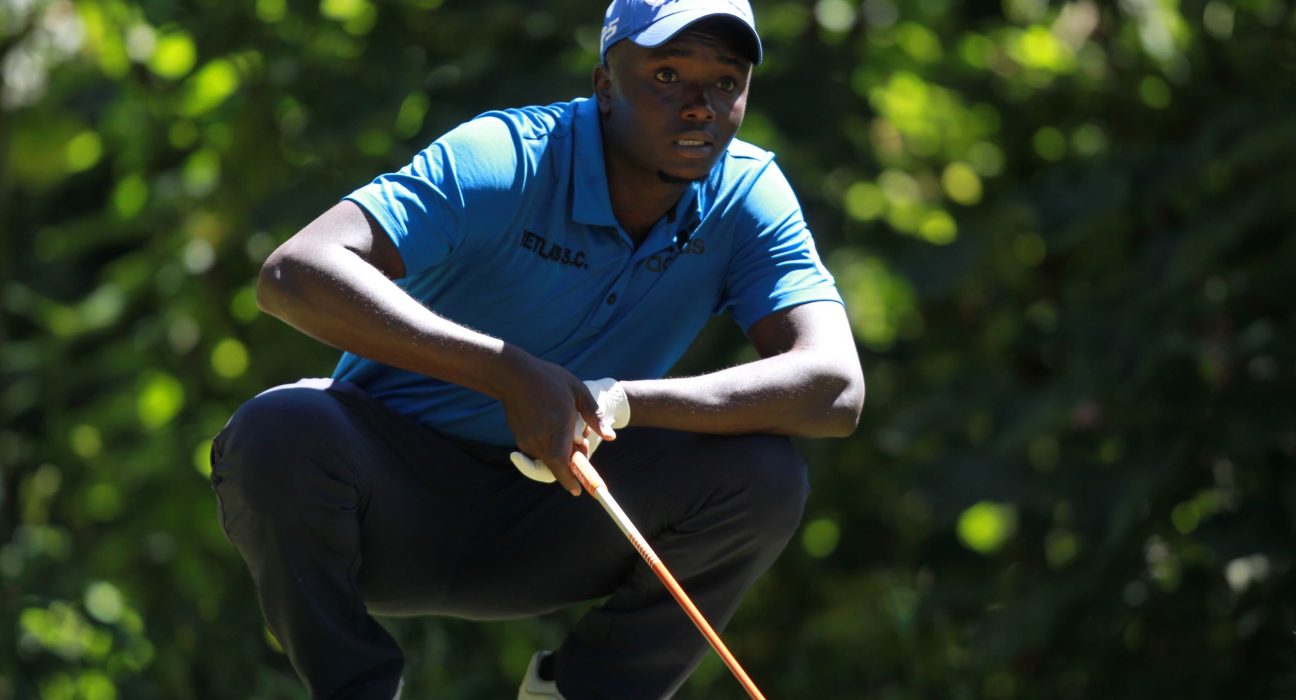 Kisia who started the day in position T14, six shots behind overnight leader Mapwanya, elbowed his way to the summit birdieing the opening two holes but dropped shots on the par-5 fourth hole before a morale-boosting eagle on the par-4 sixth brought him firmly into contention. Another three birdies for a one under 35 on the back nine ensured the Vetlab player will start in pole position in tomorrow’s moving day round.

It was a bad day in the office for the visiting Mapwanya who threw away a two-shot lead after posting three over 75 to throw the race wide open. Mapwanya, visiting from Zimbabwe, started the day poorly with four bogeys on the front nine and went on to drop two more shots on the back nine to open the door for the chasing pack.

Defending series champion Robson Chinhoi shot the day’s best round five under 67, to jump 35 places up the leaderboard to T3. Fresh from winning the Uganda Open last week, Chinhoi overcame yesterday’s 78 horror start with a brilliant bogey-free 32 on the front nine before picking three more birdies on the back nine to move into podium places jointly with Edwin Mudanyi on one over 145 gross.

Round one runner-up CJ Wangai dropped to position T8 after today’s round of four over 76 left him three shots adrift. Amateur Dennis Maara leads two players- John Karichu and Nyasha Muyambo- in joint fifth on two over par 146.

The biggest casualties today include Deo Akope, Jacob Okello, Dan Nduva, David Wakhu, Mathew Wahome and Mohit Mediratta as the stars failed to make the +7 cut line. A total of 23 players including two amateurs- Maara and Edgar Brian- made the cut from the field of 67 players.