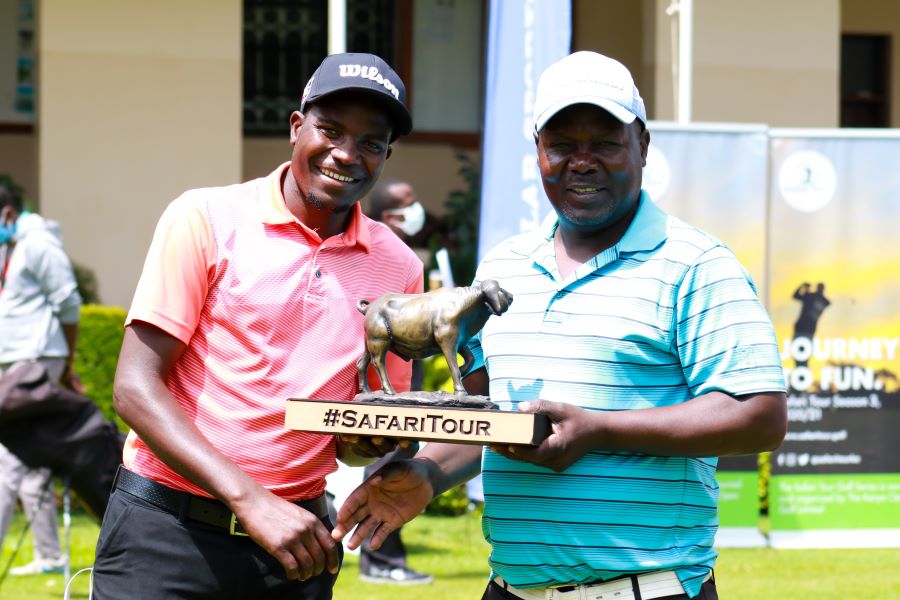 When the Kenya Open Golf Limited, KOGL, founded the Safari Tour in 2018, the move was heralded as a breakthrough in professional golf in Kenya. Here was a platform that would see to it that local pros would be not only be fully engaged throughout the year, but they would also be able to make a decent living out of their talent. The Tour was even envisaged to rival South Africa’s Sunshine Tour, attracting top talent from around the continent while acting as a pathway to the lucrative European Tour and perhaps PGA Tour.

Credit to KOGL, Safari Tour has been held consistently for the last four years the challenges notwithstanding. However, the Tour is far from realizing the envisaged profile as the number of events continue to dwindle. For example, the local 2022/23 season that gets underway this week will feature a paltry six events running from November to February making it the shortest season ever.

“We are operating on very tight budgets. Getting sponsors onboard has not been easy. Our biggest challenge has been that many sponsors view Safari Tour as a build up to Magical Kenya Open so they prefer to sit back and commit their funds to supporting Kenya Open. This is unfortunate since corporates are missing the myriad brand building and engagement opportunities available on Safari Tour, “said Patrick Obath, KOGL Director.

It’s this dearth of resources that has forced the Tour to cut its annual budget, a move that has seen the prize money fail to attract top talent from around the continent. Currently the Tour hots close to 10 foreigners mainly drawn from Uganda, Zimbabwe and Malawi. “We have been operating on a budget of about Kshs 40 million per season. To get the Tour to international recognition, we need a budget of Kshs 105 million annually,” said Obath.

Sadly, the Tour has remained a local affair failing to be recognized by the World Golf Ranking. Consequently, for all their toiling, players on Safari Tour are not ranked and thus cannot secure playing slots in recognized international Tours.

Said Obath: “We have not given up on this goal. We are talking to the European Challenge Tour to become our sponsor for accreditation to OWGR. But to achieve this, we must raise the Tour profile by having a minimum of 15 events annually each with Kshs 4 million prize money. This is the only way we shall attract at least 100 professional players per event.”

And as Safari Tour season five gets underway this weekend at Limuru Country Club, the only hope the players will be clinging onto is the chance to earn a ticket to Magical Kenya Open 2023. The prize money will still remain at Kshs 2 million per event but Obath is optimistic that this may increase to Kshs 3 million if sponsors join midstream.

“I think overall we have done relatively well especially managing to create an international event. We are talking to the golf federations of Nigeria, Cote d’Ivoire and Senegal. We want to bring more West African players on board. We are happy with the representation coming from Central Africa. Our immediate goal is to have the Tour run a minimum of 10 events per season. This we shall achieve by reviving the East African circuit with three events in Uganda, two in Tanzania and one in Rwanda,” Obath disclosed.

Safari Tour features close to 50 professional golfers every season. A total of 10 players- eight locals and two foreigners- will qualify for Magical Kenya Open 2023. The top six players in the Tour 2022/23 Order of Merit will gain automatic entry while the remaining two slots will be awarded using a points system that will consider the players’ performance over three seasons. A couple of slots are reserved for the top two foreigners on the Tour.