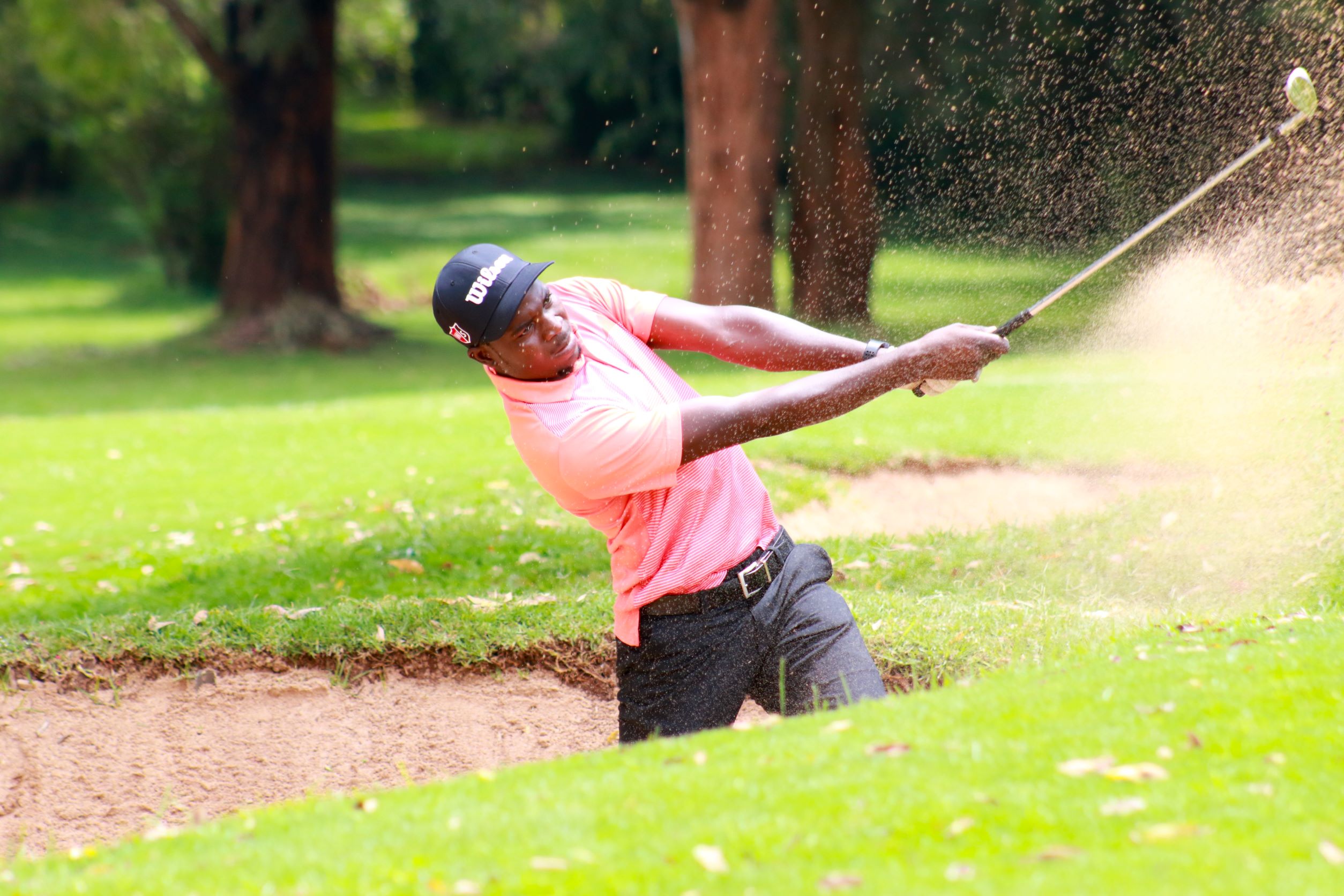 Zimbabweans Nyasha Muyambo and Robson Chinhoi went joint top on the leaderboard in the penultimate round of the Safari Tour at Limuru Country Club signaling what might the beginning of an era of domination by foreign pros.

If he carries the momentum into tomorrow’s final round, Chinhoi who won four events last season, will be assured of a priceless double as he chases a third appearance at the Magical Kenya Open next year.

Muyambo overcame yesterday’s disappointment to reclaim the top spot after carding 67- the day’s best round. A run of seven birdies and two bogeys kept alive the Zimbabwean’s dream of a maiden win on Safari Tour. The Zimbabwe duo will be kept under pressure by home player John Karichu who moved into third today after posting three under 69 headlined by ab eagle on the par-4 no. six.

A poor finish today proved costly for 54-hole co-leaders Kisia and Mapwanya. After clinging on to the leadership in the front nine, Kisia dropped a shot for 73 while Mapwanya dropped three shots for 76 as they dropped to position T4 and sixth respectively on the leaderboard.

The Limuru leg attracted 10 foreign pros but only six made the cut. During the last season, foreign pros won five of the seven events as Chinhoi pocketed 12 percent of the total prize money.