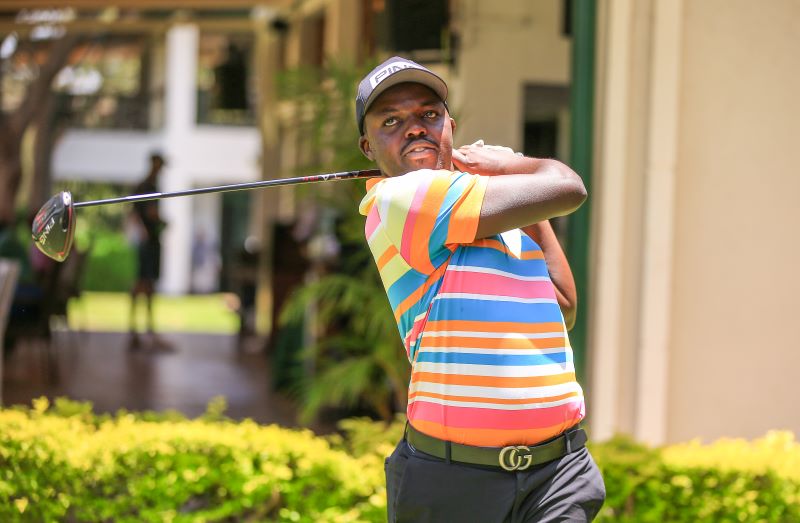 Edwin Mudanyi is the winner of the inaugural Savannah Tour golf tournament that was played today at Muthaiga Golf Club. Mudanyi carded a round of 4-under par 67 to beat a strong field that comprised 35 pros and 15 top amateurs.

The Vetlab player birdied the fourth, fifth, seventh and ninth holes but dropped shots at the third and sixth holes for a total of 34 on the front nine.  On the back nine, he holed birdies at the 12th, 14th, 15th holes with his only dropped shot coming at the 11th hole for a total of 33 to take home Ksh100,000.

“I was anticipating very tough competition from the strong field and I knew that I had to play very well in order to finish in a decent position. This is a great initiative and we thank those who brought it up. It is now upon us as players to honour this initiative and take it to the next level by participating in big numbers,” said Mudanyi.

Tournament organizer Taufiq Balala said the 18-hole event will provide golfers an opportunity to compete regularly.  “This is a development tour that will be played every week for half a million shillings and we hope from there it can grow into a bigger purse. The conversation has been there for a very long time to see how we can develop golf in Kenya,” said Balala.

Commenting on the tournament, IMG Kenya Director, Charles Gacheru, said that this was the beginning of a series of events for the Pros by the Pros. “Our goal is to challenge the golf professionals and our elite amateurs to take charge of their destiny, to be responsible for their own performance and tournament preparedness.

“This developmental tour will be largely self-funded by the players themselves, giving them ownership and say on how their own affairs are conducted. Our role is to support them and to join them in their journey,” said Gacheru whose organization contributed Kshs 250,000 towards today’s prize money.

CJ Wangai, the Professional Golfers Association of Kenya chairman, welcomed the initiative which is open to professionals and elite amateurs terming it a step in the right direction. “This is the first tournament and it has attracted 50 players which shows that it is something that is going to grow bigger and I believe that this is the only way we can get our players to play more,” said Wangai.

The next event will be played on Tuesday 22nd March 2002 at Muthaiga Golf Club.