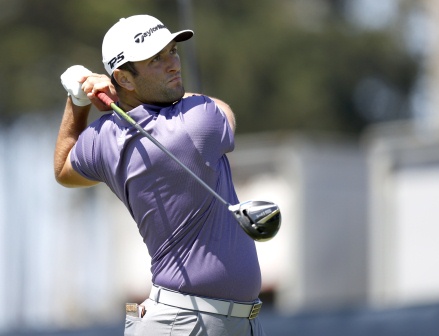 Luke List and Richard Bland are not fancied names in the elite golf circles. Interestingly, they have been playing golf at the highest level and have a combined 680 plus career starts. However, between them they boast of only three career wins! Last week the two put up a great show, upstaging marquee players in their bid to reinvigorate their careers.

List, aged 37, won the Farmers Insurance Open at Torrey Pines, notching his first win on the PGA Tour on his 206th start. The unheralded List defeated Will Zalatoris, the 2021 PGA Rookie-of –the year, after a dramatic first hole playoff to triumph after more than seven seasons of hard work.

The win earned him an invite to The Masters and a cool Kshs 160 million prize money. Prior to the win, List was a relatively unknown golfer ranked no. 151 on the Order of World Golf Ranking, OWGR. For finishing ahead of world no. 1 Jon Rahm, Jason Day and Cameron Tringale, List has now moved to no.56 in the OWGR and fourth in the FedEx Cup. He launched his professional career in 2007 on a low note missing the cut on his first four PGA TOUR starts.

Despite not winning the Dubai Desert Classic, finishing second after losing in a playoff to Viktor Hovland was no doubt a turning point in Bland’s career. The 48-year-old is indeed experiencing a renaissance in his career. The Englishman carded an impressive -12, headlined by two birdies in the final two holes, to tie with Hovland atop the leaderboard, one shot better than Rory McIlroy.

His career has been on an upward trajectory since last year when he won the British Masters, becoming the oldest first-time winner on the European Tour. It was only his second career win in 478 attempts since turning pro in 1996.  Bland graduated from the less prestigious European Challenge Tour in 2019 becoming the oldest player to graduate from the lower-level tournament. He has lost his European Tour card five times. For his exploits in Dubai, Bland moves 27 places up in the OWGR to position 53 and has set his sight on playing at The Masters. This will only happen if he breaks into the top 50 in the OWGR and maintains his place a week prior to the tournament scheduled for April.

Following last week’s events in which top ranked players failed to shine, the OWGR leaderboard remains largely unchanged. The biggest mover was Hovland who moved up two places to world no.3 after his win in Dubai. The 24-year-old Norwegian who turned pro in 2019 has won six tournaments in the last two years. Despite failing to win in three starts this year, Spaniard Jon Rahm remains the top ranked player in the world followed by Collin Morikawa of USA.

Action on the PGA Tour shifts to the AT&T Pebble Beach event which has a total purse of Kshs 950 million. Catch the action live exclusively on DStv in Sub-Saharan Africa. Visit www.dstv.com to subscribe or upgrade, and join in on the excitement. And while you’re on the move, you can stream matches on the DStv App.