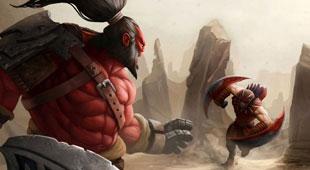 The Farmers Insurance Open reached the halfway mark last night as the field was reduced to 79. The tournament featuring a strong field comprising of 12 of the world’s top 20 players was not short of surprises. Here are some notable moments:

American Adam Schenk made eight consecutive birdies for a round of 62 to go joint top with world no.1 Jon Rahm and Justin Thomas. Ranked number 165 in the world, his run of back-to-back birdies from fourth to seventh saw the 30-year-old card his career lowest round. He has never finished in the top 50.

It was billed to be a very closely-fought contest with the world’s elite players on parade. However, it has turned out to be an anti-climax as several tournament favourites made an early exit. Four of the world’s top 20 players- Bryson DeChambeau (9), Jordan Spieth (14), Tony Finau (16) and Brooks Koepka (17)- failed to beat the -3 cutline. Other notable exits include veteran Phil Mickelson and Rickie Fowler. Despite making the cut world no. 7 Xander Schauffele and world no. 10 Hideki Matsuyama are struggling for form at Torrey Pines and are currently sitting in position 50 and 35 respectively.

World no.1 Jon Rahm is on course for a second farmers Insurance Open title. Torrey Pines is proving to be one of his favourite hunting grounds as the Spaniard registered his first PGA Tour victory here in 2017 and went on to win the US Open-his first major- at the same venue.  He shot an opening round six under-par on Wednesday and bettered the performance by one shot yesterday to go top of the leaderboard on -13 gross. He is expected to continue with the strong showing in the two final rounds.

Dustin Johnson in search of first Tour win since February

Last year was a year to forget for Dustin Johnson.  The former world no. 1 managed only one win on Tour -Saudi International- and missed the cut in two majors. He is determined to reclaim the top spot this year with a win at Torrey Pines. Currently sitting in the 17th position, DJ is six shots behind the joint leaders. He has largely been out of action in the last 3 months but will be banking on the statistic that 10 winners of the last 26 Farmers Insurance Open tournaments were outside the top 10 at the halfway mark.