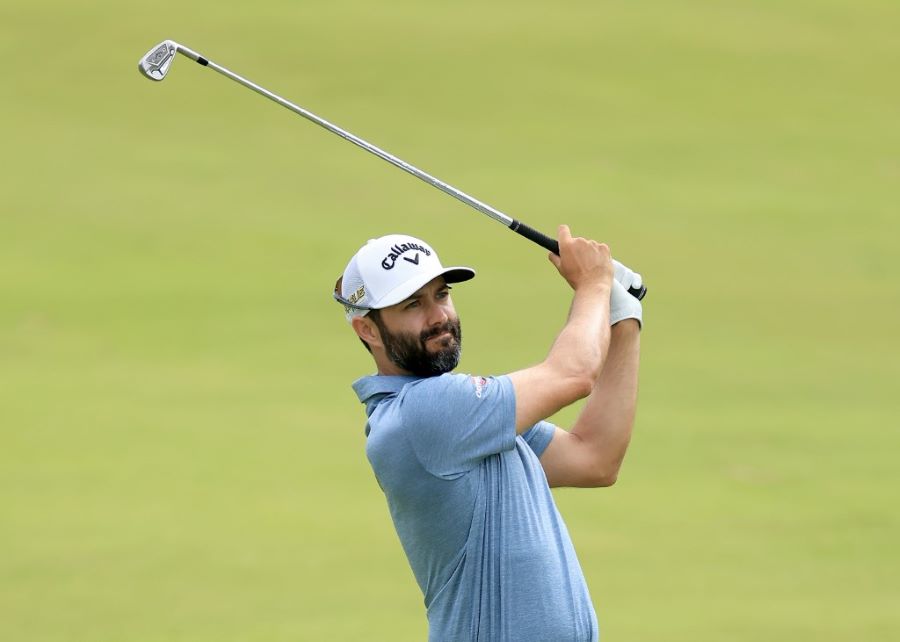 Canada’s Adam Hadwin birdied five of the last six holes on the front nine and seized a one-stroke lead after Thursday’s first round of the US Open with Rory McIlroy in a pack one adrift.

World number 105 Hadwin, whose best finish in 19 prior major starts was a share of 24th at the 2018 Masters, fired a six-under par 66 at The Country Club said: “Not much better of a start to a US Open you can ask for. To take the first round lead at the US Open is incredible. It’s something no one can take away from me. But it’s not the final goal.”

Hadwin, whose only PGA title was at the 2017 Valspar Championship, missed a six-foot par putt to bogey the third hole, then birdied five of the next six holes, dropping his approaches between two and four feet on all but the par-3 sixth and making each short birdie putt to grab the outright lead. “I hit the ball really well the last four holes. There’s a lot of golf left and this course is only going to get tougher, ” said the 34-year-old Canadian.

For much of the day, third-ranked McIlroy shared the top spot despite his troubles, grinding out a solid start. “Even though I’m standing up here slightly frustrated that I bogeyed the last, it’s a great start,” said McIlroy. “You feel like you’re right in the tournament from the start of the week, which is nice. It’s certainly a different mindset when you get off to a good start. I’ve just got to keep it going,” said McIlroy, who won last week’s PGA Canadian Open, but has not captured a major title since the 2014 PGA Championship.

Meanwhile LIV Golf’s 15 US Open players combined for 53-over on day one at Brookline. Johnson fired a two-under par 68 at The Country club to share seventh, two strokes behind leader Adam Hadwin of Canada, with fellow American Piot on 69 to share 14th. But the Saudi-backed upstart group’s talent went a combined 53-over par Thursday, including Phil Mickelson firing an eight-over 78 on his 52nd birthday to share 144th place. South African Louis Oosthuizen shot 77, Australia’s Jed Morgan had an 82, Spain’s Sergio Garcia shot 74 and South African Branden Grace was on 76 after sharing third in last week’s LIV Golf debut event in England.

Golf’s great divide was a major sub-plot as LIV Golf rebels and US PGA Tour stars were both allowed in the field of 156. The US Golf Association chose not to follow a PGA Tour ban of 17 golfers who played in last week’s LIV Golf debut in England, instead staying faithful to this year’s US Open qualifying standards. LIV Golf offers the largest purses in the sport’s history at $25 million per regular-season event, $7.5 million more than this week’s US Open prize money total.