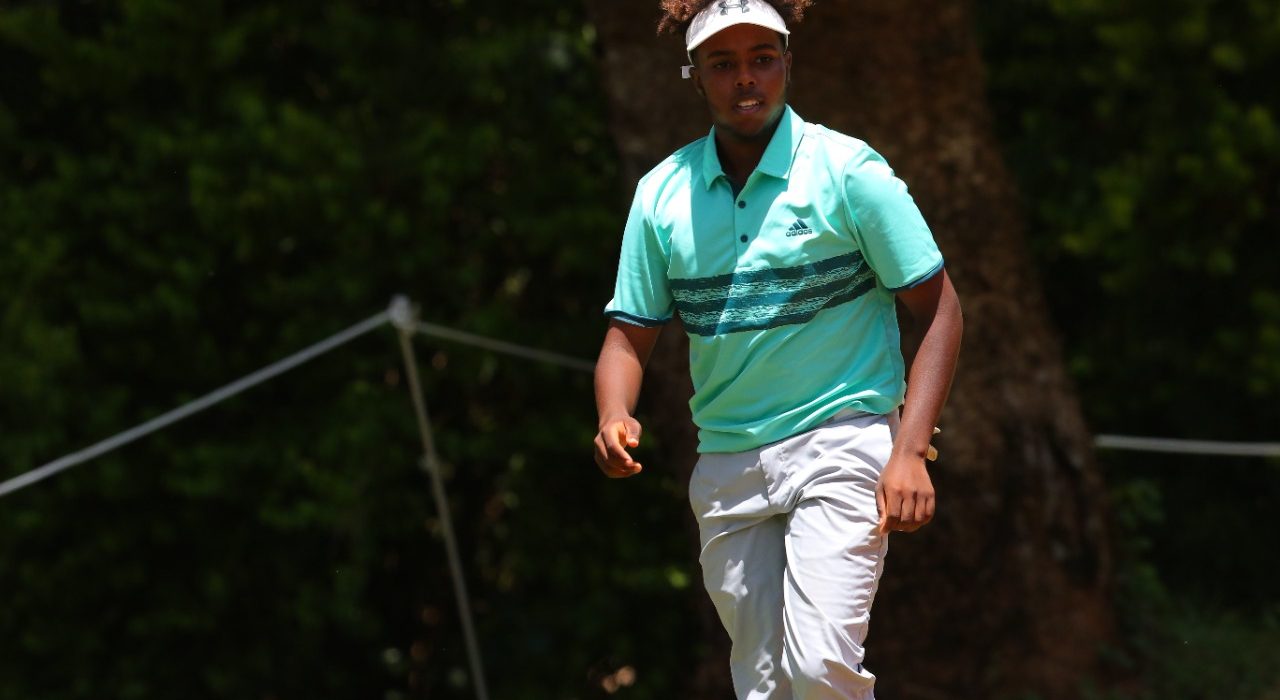 Team Kenya got off to a near perfect start on the opening day of the Victoria Cup at Limuru Country Club winning seven out of eight matches to take a six-point lead over arch-rivals Uganda.

Kenya started strongly in the morning round winning all the four better-ball matches as the Ugandans struggled to adjust to the chilly weather conditions. The pair of Adel Balala and Simon Mulama brought the first point on board after overpowering Joseph Kasozi and Michael Alunga 4/3. John Lejirma and Daniel Kiragu also registered a 4/3 win over Ibrahim Bagalana and Dennis Asaba before the high-flying duo of Captain Dennis Maara and Mike Karanga stopped Godfrey Nsubuga and Tom Jingo 3/2.  The highlight of the opening round was the match between the pair of Njoroge Kibugu and Andrew Wahome against Ugandan top seed Joseph Cwinyaai and Joseph Akena which went to the wire as the youthful Kenyans triumphed 1up.

A rejuvenated Ugandan side took the fight to their nemesis in the afternoon round foursomes contest managing to win at least one of the four contests as Bagalana/Jingo outsmarted Kibugu/Wahome 3/2. But that was all the lads from the Pearl of Africa would manage all day as they went on to lose the remaining matches with the 7/6 win by Maara/Karanga over Alunga/Kasozi the main talking point of the afternoon. Earlier, Balala/Mulama won 2up against Mugisha/Nsubuga while Lejirma/Kiragu’s 3&2 ensured that Kenya goes into the second day with a healthy lead.

“This was definitely a dream start for us and has helped us build on our confidence. We owe this great start to rigorous training and experience. We have a very focused team and we are not taking upcoming matches for granted. Our juniors struggled a bit but we are very proud of their performance today,” said Maara.

Team Kenya now needs only 6.5 points from the total eight points available in tomorrow’s two rounds. After retaining the four pairs in today’s two rounds, it remains to be seen if coach John Van Liefland will stick to the same teams for tomorrow’s rounds. Granted the six-point gap, reserve players Chris Andrea and Ebill Omollo may just make their tournament debut.

“In this Ryder Cup format small things make the difference. I am very pleased to see that things were more in our favour today. But the margins are not so big as the result makes it seem to be. We still need to be sharp in the upcoming matches and gather as many points as possible,” said Liefland.

The three-day event features a total of 26 matches with a point awarded in every game. The winner of the Victoria Cup must garner at least 13.5 points. In the event of a tie of 13 points, the defending champion will be declared the winner. Uganda are the defending champions having won the trophy in 2019.