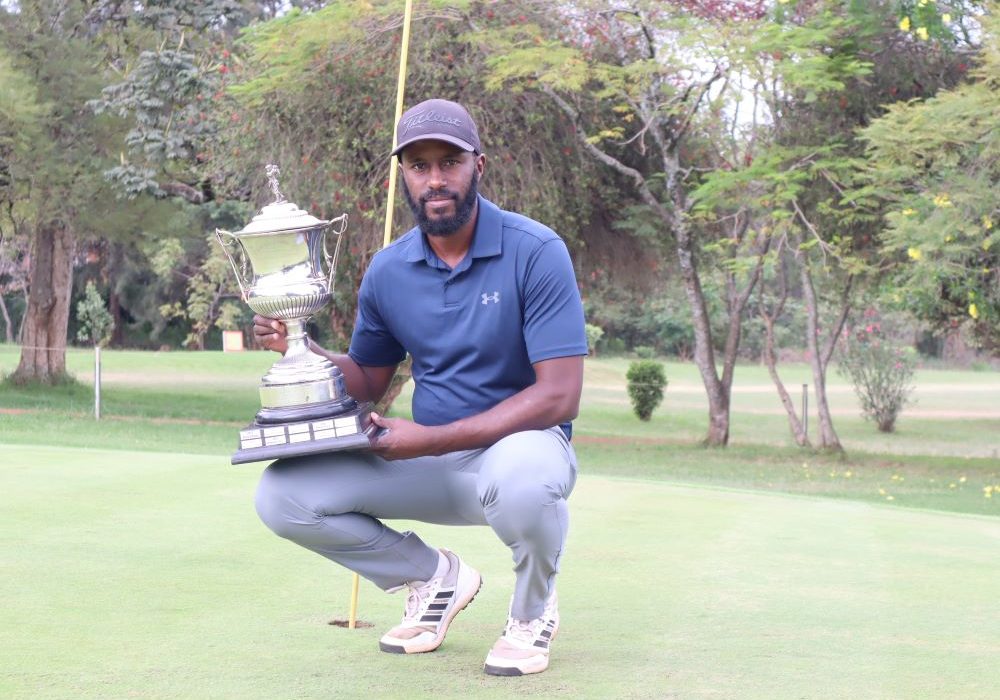 Limuru’s Dennis Maara put in a dominant display to crush home player Jay Sandhu 7-6 as he won the Kenya Amateur Match Play Championship 2022 title and a ticket to the Magical Kenya Open 2023.

It was a one-sided encounter that saw Maara go 5-up after the first 18 holes as the anticipated fierce challenge from Sandhu failed to materialize. Scenting victory, the Limuru player maintained his deadly assault on resumption as he won the first three holes to race to a healthy 8-up lead after 21 holes. A brief moment of resilience from Sandhu saw him bring the contest to life by cutting the deficit to six with seven holes to play. But his efforts came a cropper after Maara claimed the 30th hole for a commanding 7-6 victory.

“I prepared very well for this championship. I am so glad my killer instinct just came at the right moment. My short game, especially putting was really on point. Rolling in several birdies also kept my momentum going. I am so happy that with the win, I am now the number one amateur in the country. I will fiercely defend this position till the end of the year,” Maara said.

Following today’s victory, Maara will take a second shot at the Magical Kenya Open hoping to improve on this year’s performance after failing to make the cut on his debut.

The four-day five-round knockout tournament attracted 88 players boasting handicap index of 10.8 and better. The field included nine foreigners and 18 junior golfers. The Kenya Amateur Matchplay Championship, organized by Kenya Golf Union (KGU), is one of the oldest and most prestigious match play events in Kenya alongside the Kenya Amateur Stroke Play Championship.

Zalatoris, Fitzpatrick share US Open lead after brutal third round