Against all odds: Can Justin Harding retain the Magical Kenya Open title?
News

Against all odds: Can Justin Harding retain the Magical Kenya Open title? 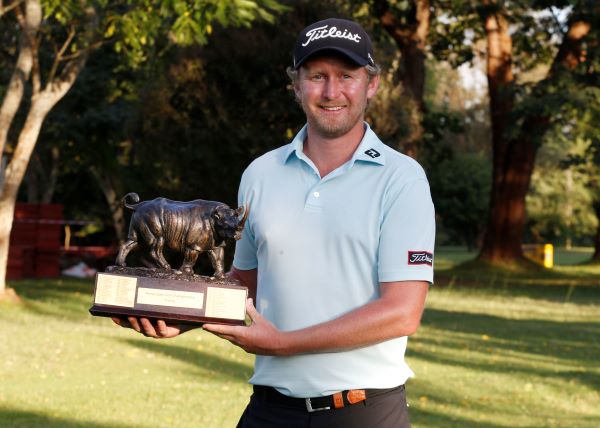 The Magical Kenya Open has a peculiar history…only one player has succeeded in defending the title in the tournament’s 52-year history. In fact, the event has had 50 different winners! This is the puzzling statistic defending champion South African Justin Harding will confront as he tees it up at Muthaiga Golf Club this week.

Maurice Bembridge remains the most successful player in the history of Kenya Open.  Apart from being the only player to successfully defend his title, Bembridge has the highest number of wins, three, to his name. The Englishman won in the second edition of Kenya Open in 1968 after carding one over par at Karen then went on to win the event in 1969 at Muthaiga before completing his hat-trick of wins in 1979 at Muthaiga.

Attempts by other champions to defend the title have fallen flat. The latest player to fail on this gigantic quest was Italian Guido Migliozzi who finished 12th last year to surrender the title he had won in 2019.  Other notable failed attempts include 2017 winner Aaron Rai, Sebastian Soderberg, Lorenzo Gagli and Haydn Porteous.

So does Justin Harding have what it takes to join Bembridge in the Kenya Open Hall of Fame? Since winning the Magical Kenya Open last year, Harding has not tasted victory elsewhere on the Euro Tour. He has however had great exposure taking on the world’s best golfers. In July last year, he finished a respectable T19 at The Open Championship, won by Collin Morikawa, in a field which had the world’s top 50 golfers. He went on to finish second at the Cazoo Open on the Euro Tour after losing to Spain’s Elvira Nacho in a play-off.

His 2022 season is yet to pick up as the South African has only managed two top-5 finishes in five outings on the DP World Tour, formerly the Euro Tour. Harding’s outstanding performances so far this season have been at The Dubai Desert Classic (T4) in January and the Ras al Khaimah Classic where he finished T9. He finished T25 at the Abu Dhabi HSBC championship last month in a strong field that included Rory McIlroy and world no.3 Viktor Hovland.

Currently ranked 11th on the DP World Tour and 95th in the Order of World Golf Ranking, the Magical Kenya Open 2022 title is well within his reach, a feat that would earn him a third title on the Tour.  And Kenya Open remains one of his favourite outings, with the South African having finished joint second in 2018 at Muthaiga.

On the PGA, Daniel Berger opened a healthy five-shot lead at The Honda Classic after carding one under par at the tough playing par 70 PGA National Resort & Spa Champion Course.  Fireworks is expected during tonight’s final round as four players- Shane Lowry, Kurt Kitayama, Sepp Straka and Chris Kirk- in joint second attempt to derail Berger’s quest for a fifth title on the PGA Tour.

SuperSport will bring all the action live from the par 70 PGA National Resort & Spa Champion Course as the stars play for the $8million prize money. Visit www.dstv.com to subscribe or upgrade, and join in on the excitement. And while you’re on the move, you can stream matches on the DStv App.