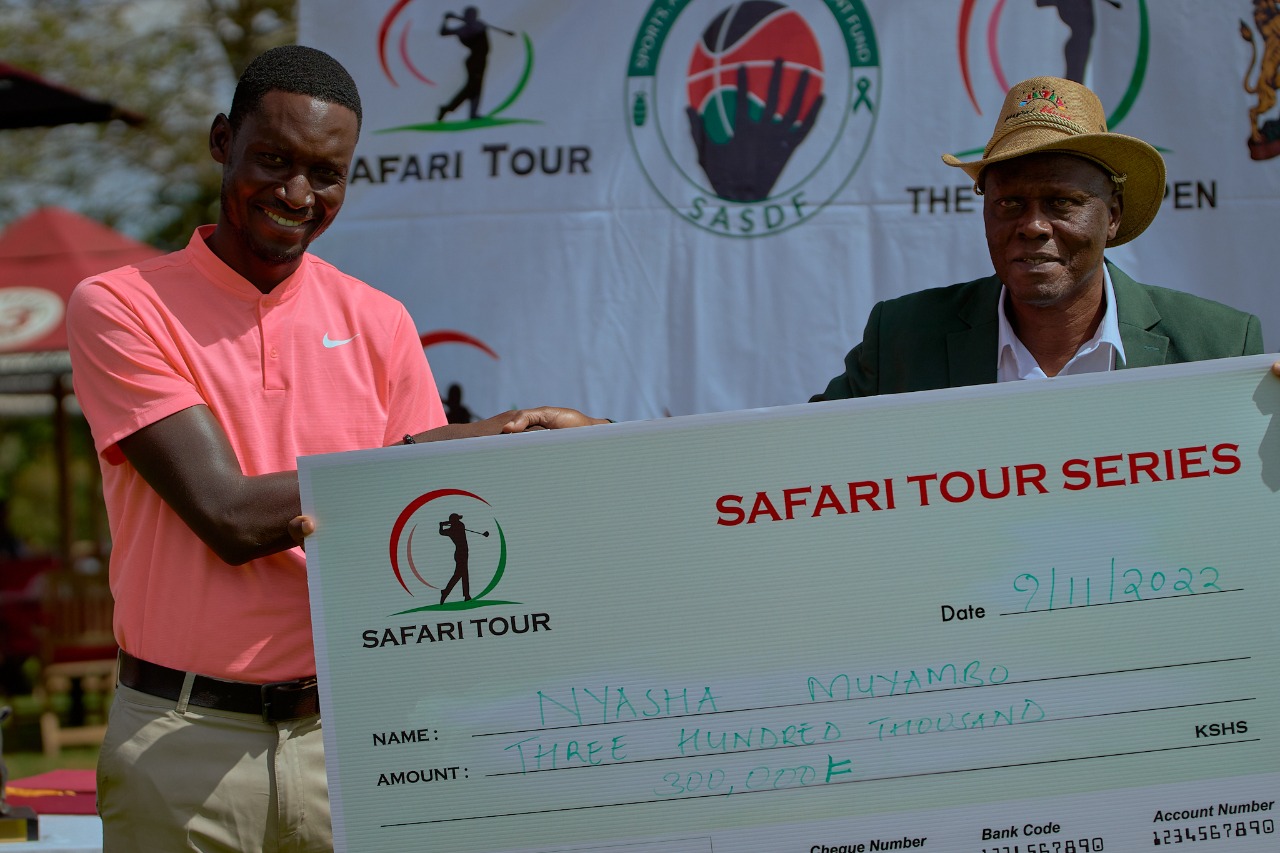 Zimbabweans Nyasha Muyambo, Visitor Mapwanya and Robson Chinhoi grabbed the top three positions- and cash- on the final day of the Safari Tour at Limuru Country Club as the local pros rued another insipid performance in the series.

The gulf in class was evident with the three Zimbabweans each posting at least two under-par rounds as Muyambo’s final three under 69 round gave him a comfortable five-strokes margin victory.

Entering the final round joint top with Chinhoi, Muyambo pulled away with a birdie on the par-5 number three. He opened an unassailable lead after Chinhoi dropped four shots in three holes- four, five and six- in a rare moment of madness. Three more birdies on the back nine were enough to secure Muyambo his maiden title on Safari Tour as Chinhoi dropped further to third after posting another double bogey on the par-3 number 16.

“I have really learnt a lot from Chinhoi since the Uganda Open. My game has general been good save for the second round where I dropped a number of shots. I am very I happy to win in such a strong field featuring some of the best players. This is a great step forward in my quest to qualify for Magical Kenya Open for the first time,” said an elated Muyambo who earned Kshs 300,000 plus 50 points towards the Order of Merit.

Mike Kisia’s hopes of a final day comeback were thwarted early on as the Vetlab player started today’s round poorly with three bogeys in the opening five holes. Two eagles on the par-4 sixth hole and par-5 number 15 earned him a consolation place on the podium in third position alongside Chinhoi. A late rally by Mapwanya headlined by a magnificent five under 67 round saw the Zimbabwean clinch the second position, his best performance on the Tour.

Interestingly, this is the first time that Kenyans have been locked out of the top two positions on Safari Tour. The visibly rusty local pros- they have been largely out of action since February- have two weeks to sharpen their game as the Tour moves to Vipingo Ridge on 26th November.