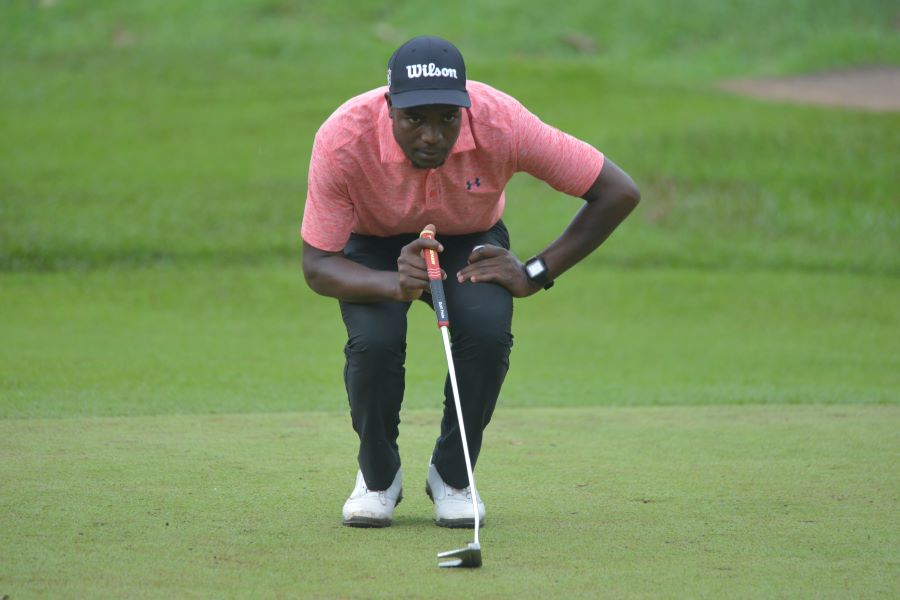 Zimbabwe’s Robson Chinhoi strolled to an easy victory on the final day of the Uganda Open as curtains came down at the par 72 Lake Victoria Serena Resort. Chinhoi carded one under 71 to complete a wire-to-wire performance as he won the title for the second time on his third attempt following his triumphant debut in 2019.

It was a largely an uneventful day as all the top contenders played conservatively with only two players in top 10- Chinhoi and Simon Ngige- managing to break par as the Zimbabwean raced to victory with an unprecedented eight-short margin.

Enjoying a five-stroke advantage going into today’s final round Chinhoi had even the luxury of dropping four shots as the chasing pack failed to rise up to the occasion.

Despite enjoying massive home support, local hero Ronald Rugumayo failed to trouble Chinhoi and settled for second best on -4 gross. Rugumayo, chasing Uganda’s first victory in eight years, started brightly but collapsed on the back nine as four back-to-back bogeys in the last four holes took the wind out of his sails.

A total of 98 players teed it up in pursuit of the Kshs 3.5 million prize money- the richest on Safari Tour- and points in the “Road to Magical Kenya 2023” order of merit.