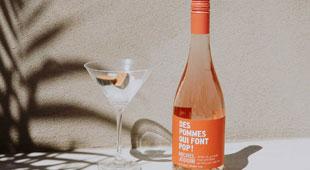 The country’s top amateur players will not play at this week’s Mount Kenya Championship Kenya Amateur Golf Championship, KAGC, leg after opting to play in the penultimate round of the Safari Tour at Karen to sharpen their claws for the upcoming Magical Kenya Open.

The decision by Adel Balala, Michael Karanga, John Lejirma and Dennis Maara to give the second leg of the KAGC event a wide berth has thrown the battle for the Mt Kenya leg wide open as close to 70 elite amateurs square it out for the crucial points at Nyeri Golf Club this weekend.

Vetlab player Makokha will be out to capitalize on the absence of the quad to go top of the KAGC order of merit leaderboard with a win in Nyeri after finishing fifth a fortnight ago in the Sigona Bowl season opener. The absence of another marquee player Jay Sandhu, winner of Sigona Bowl, means the series might have a new leader for the first time in close to two years.

The four leading amateurs have reduced the series to a four-horse race, an order that is occasionally checked by veteran Sandhu. Granted that the four are widely expected to turn pro in the course of the year, the leaderboard at Nyeri will be of lots of interest to local golf analysts as it will yield a new order in what is billed to be an exciting succession race this year.  Picking from where they left last year, they signaled the intention to dominate the KAGC series again this year after another good performance at Sigona where Maara and Lejirma finished joint second. Balala did not play.

The move to rub shoulders with pros on Safari Tour in the next two events should provide the amateurs a good induction to big-stage contests and probably provide them the much-needed mental strength to compete at a higher level. They will be chasing the elusive goal of making the cut at Magical Kenya Open.

Away from local golf, SuperSport viewers on DStv can look forward to seeing all the action from the PGA Tour’s AT&T Pebble Beach Pro-Am at the Pebble Beach this weekend.

A world-renowned pro-am tournament, it has a starting field of 156 professionals and 156 amateurs with each professional paired with an amateur player. On the first three days 156 two-man teams will play a better ball format with one round on each of the three courses- Pebble Beach, Spyglass Hill and Monterey Peninsula Golf Courses. The pros also play an individual stroke play format. On the final day, the professionals and pro-am teams that will make the 54-hole cut will play on the Pebble Beach Golf Links.

Daniel Berger, who won the 2021 edition by two strokes ahead of Maverick McNealy.  Among the leading amateurs this year is boxing world champion Mexican Canelo Alvarez. A cool $8.7million is up for grabs.

Viewers on DStv can see all their favourite golf stars dominating courses across the world.  Visit www.dstv.com to subscribe or upgrade, and join in on the excitement. And while you’re on the move, you can stream matches on the DStv App.