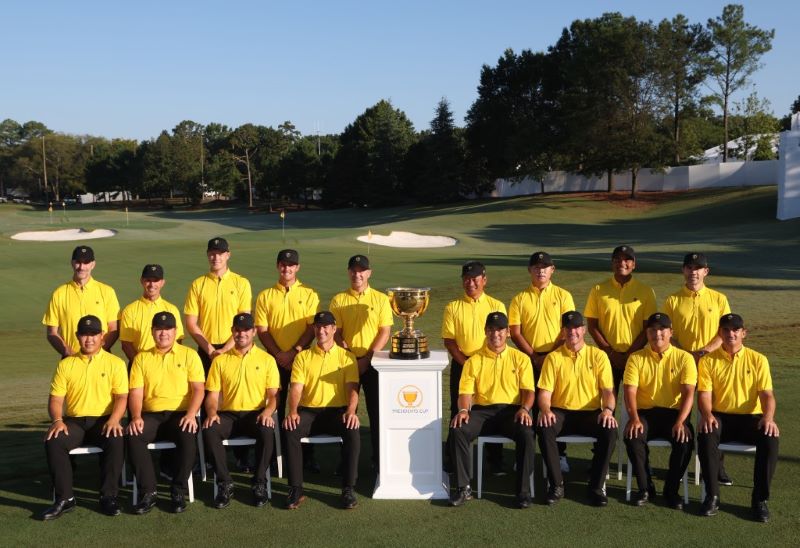 Team USA will be chasing a ninth consecutive victory against the International Team as the 14th edition of the biennial Presidents Cup tees off tonight at Quail Hollow Club in Charlotte, North Carolina.

But the simmering rivalry between PGA Tour and LIV Golf remains the main talking point as both teams will be without key players after LIV Golf “rebels” were locked out of the event. Notable casualties include Bryson DeChambeau, Brooks Koepka and Dustin Johnson while the International team will miss the services of Cameron Smith, Joaquin Niemann, Louis Oosthuizen, Marc Leishman and Abraham Ancer

History favours the star-studded American team featuring world no. 1 Scottie Scheffler as Team USA has never lost at home since the event was launched in 1994. USA has selected an experienced side made up of players who won the Ryder Cup last year with Sam Burns, Collin Morikawa, Max Homa, Billy Horschel and Cameron Young the Presidents Cup rookies.  Other players in the 12-man squad include Justin Thomas, Patrick Cantlay, Xander Schauffele, Tony Finau, Jordan Spieth and Kevin Kisner.

It will be a tall order for the International Team as the inexperienced players attempt to stop the losing streak stretching back to 2005. With only four players having prior Presidents cup experience, the internationals will rely heavily on former Masters champions Hideki Matsuyama and Adam Scott.  Other players in the team include Chile’s Mito Pereira, South Korean duo Sungjae Im and Joohyung Kim and Canadians Corey Conners and Taylor Pendrith. Also making the team are Si Woo Kim, KH Lee, South Africa’s Christiaan Bezuidenhout, Australia’s Cam Davis, and Colombia’s Sebastian Munoz.

The tournament will feature three formats of play- fourballs, foursomes and singles over a period of four days with a total of 30 points up for grabs. There will be five foursomes matches on the first day, five four-ball matches on the second day and a mix of four foursomes and four four-balls on day three.  All the 24 players will be in action on Sunday in the highly anticipated singles matches.

The US has only lost once since the competition started in 1994. The only success for the Internationals came in 1998 when the event was staged in Melbourne. In 2003, the teams battled to a draw in South Africa. Tiger Woods and Jim Furyk with 20 wins each, hold the record of having won the most matches at the Presidents Cup.