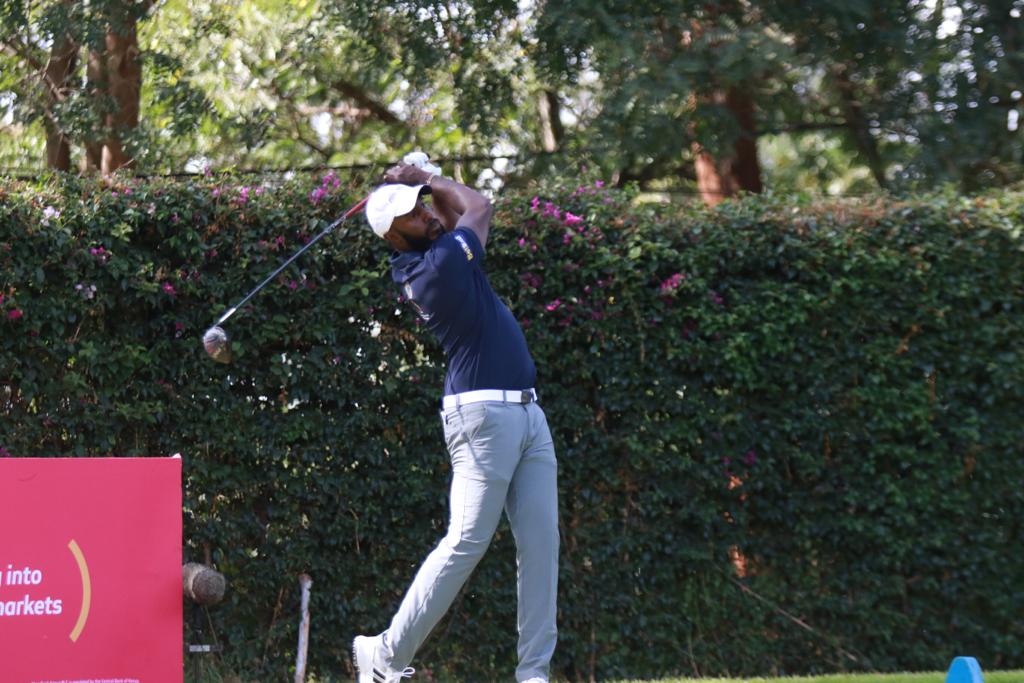 Captain Dennis Maara fired a superb three under 69 today to hoist team Kenya back into third position as the All Africa Golf Team Championship reached the penultimate stage in Egypt.

It was a good day in the office for Team Kenya as the trio of Maara, Adel Balala and Mike Karanga carded a combined five under 67 to firmly reclaim the third position, two shots ahead of battling Tunisia.  Maara harvested an impressive six birdies as compatriots Balala and Karanga chipped in with identical one under 71 rounds to assuage the damage occasioned by John Lejirma’s five over 77.

“The boys understood very well the magnitude of our assignment today. We wanted to be in the last group going in to tomorrow’s round and I am glad we accomplished the mission. We are now 18 shots behind South Africa, though its near impossible to catch them. However, we want to finish on the podium and we shall take the fight to the Tunisians like we did today,” said Maara.

The fight for the top spot got lively today after South Africa’s top ranked player Jonathan Broomhead shot six under 66 to reclaim the leadership on the individual players’ leaderboard. The result was not enough to overhaul tournament pacesetters Morocco as the defending champions trail the north Africans by six points ahead of tomorrow’s final games. The Moroccans have been hugely impressive with their leading players Fakori El Mehdi (-10) and Adam Bresnu (-9) in second and third positions respectively on the leaderboard.

If Morocco successfully finish the job tomorrow, they will be the first team to beat South Africa in the biennial team championship since 2009.  A total of 15 countries are participating in the championship which was launched in 2001. Each team is represented by four players with the best three scores counting towards the team total in each round.