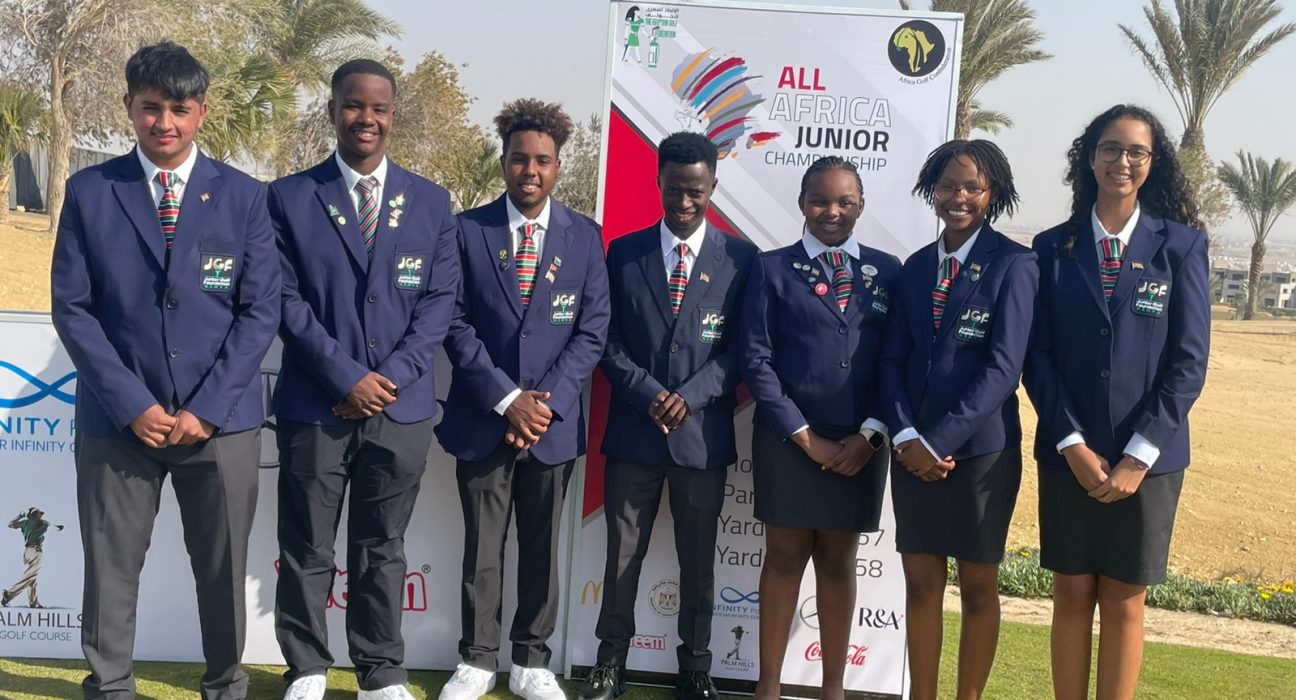 The Kenya Boys team finished fourth on the opening day of the All-Africa Junior Golf Challenge at the Palm Hills Golf Course in Cairo after the quartet led by Njoroge Kibugu carded a combined +23 score to stay 26 shots behind leaders South Africa.

Team Captain Kibugu led from the front with a respectable four over 76 after a costly triple bogey on the par-5 no.4 checked his ascendancy on the leaderboard. He dropped two more shots on the par-5 no.13 and no.17 but a birdie on no.14 earned him sixth place overall on the individual players’ leaderboard.

Andrew Wahome was the second best performer in the team after shooting eight over 80. Two double bogeys on no. 5 and no. 6 and another dropped shot on the par-4 no.3 saw the Nyali Golf Club player card +5 at the interval. A double bogey on no.10 followed by bogeys on 12 and 17 saw him close the day in the 15th position.  The remaining team members, Krish Shah and Elvis Muigua posted 83 and 89 gross respectively.

South Africa, winners of the event on 21 consecutive occasions, started their title defence strongly on -3 gross buoyed by a brilliant -6 performance by Pascal Gunther. The South African lad birdied five holes on the front nine and three on the back but dropped a shot on the tough-playing par-5 no.10 and no 16. Team Zimbabwe is in distant second with a gross score of +13 while Team Morocco wraps up the podium places on +14.

In the girls’ competition, Olivia Brown from South Africa anchored her team to the top of the leaderboard after firing five under 67 to finish seven shots ahead of Moroccan Spfia Essakali. Brown, the only girl who played under par today, helped her team open a 16 points gap at the summit.

Team Kenya settled for fourth position spurred by Alyssa Jamal’s +12 opening round. After a shaky start, Jamal was in imperious form carding one under 35 on the back nine headlined by two birdies. Compatriots Belinda Wanjiru and Bianca Ngecu shot +15 and +14 respectively to keep the girls in a healthy position for a podium finish.

The team score comprises of the best three results per round for boys while the girls’ category uses the top two scores. The four-day tournament brings together junior golfers under the age of 18 years.