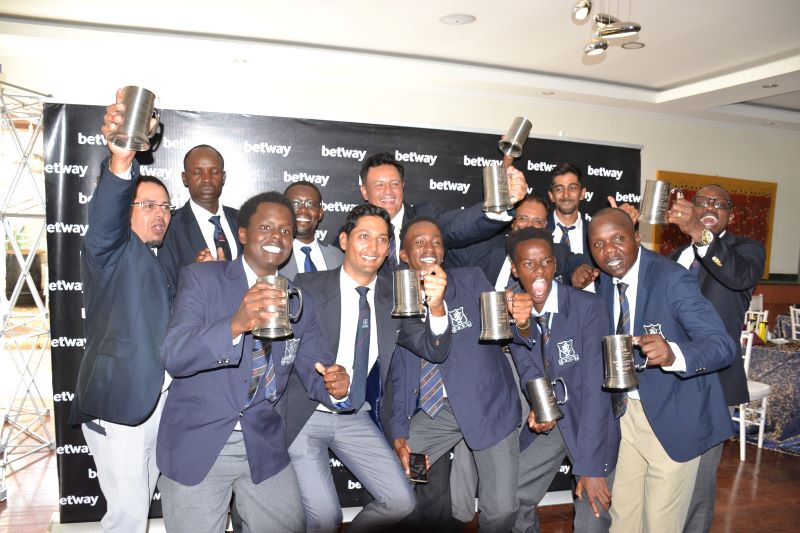 Junior golfers and seniors above the age of 55 years will compete for the first time in the Tannahill Shield tournament as the event marks 97 years. The junior competition will be held over 36 holes on 11th and 12th April 2022 while the seniors event- an 18-hole contest- will curtain raise for the main tournament on Friday 15th April 2022 at the Royal Nairobi Golf Club. All teams will field eight players in each category.

“We have received a very good response from all the invited teams in regards to fielding players in the new categories. The expanded format will definitely add more excitement to the tournament,” said Stanley Kirui, Captain Royal Nairobi Golf Club.

The foursomes Easter tournament, regarded as one of the biggest amateur golf events in Sub Saharan Africa, will bring together the best amateur players from 9 golf clubs from Nairobi, Mombasa and Western region. Team Windsor will remain in the cold for the second consecutive year after Team Karen survived relegation last year following the sponsors’ intervention. Traditionally, the team that finishes last among the Nairobi based clubs is relegated. Mombasa and Western teams are permanent invitees and are therefore never in danger of being relegated. The other teams from Nairobi are Limuru, Muthaiga, Railway, Vetlab and Sigona.

The inter-club foursomes event is played over four rounds in three days. One round is played on Friday, while Saturday features a grueling 36-hole test with players wrapping up the tournament with an 18-hole round on Sunday morning. Last year, Muthaiga won the shield after completing a wire-to-wire performance with a margin of 9 points ahead of Team Western. The event is sponsored by Jamii Telecom.

On the PGA Tour, defending champion Jordan Spieth, Rory McIlroy, Hideki Matsuyama and Bryson DeChambeau will be the players to watch tonight as the PGA remains in Texas this week for the Valero Texas Open.

Whereas most of the players in the field will be using the tournament to prepare for next week’s first season’s major- The Masters-  there’s a lot at stake for fringe players as the winner of the Valero Texas Open will get an automatic ticket to play at Augusta. National.

Eight past champions will be in the field as the Valero Texas Open celebrates 100 years of existence. The event was established in 1922, and is the sixth oldest professional golf tournament worldwide. The 2021 edition of the tournament was won by American Jordan Spieth, who shot an 18 under 270 to take the title by two strokes ahead of compatriot Charley Hoffman. The purse for the Valero Texas Open is $8.6million.

SuperSport viewers on DStv can look forward to seeing all the action from the PGA Tour’s Valero Texas Open at the TPC San Antonio Oaks Course from Thursday 31 March to Sunday 3 April 2022. SuperSport is the ultimate destination for Golf fans, with an unparalleled selection of action from around the world. Visit www.dstv.com to subscribe or upgrade, and join in on the excitement. And while you’re on the move, you can stream matches on the DStv App.