Tannahill 2022: Will it be another coronation Easter for Team Muthaiga?
News 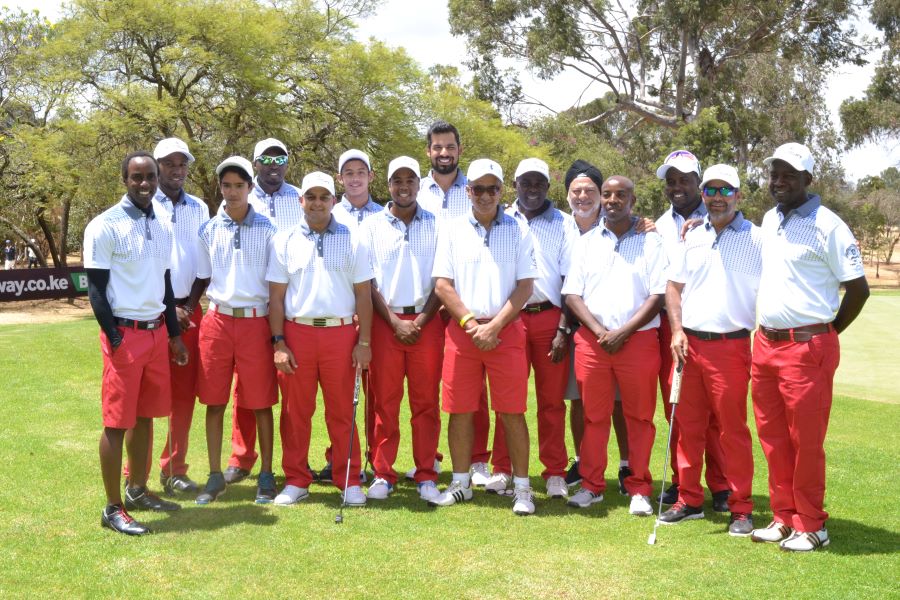 Team Muthaiga recaptured the Tannahill Shield last year in style after winning the title with a gaping margin of nine points. En route to winning the title, Team Muthaiga met very little resistance as their traditional rivals Team Royal soaked in a string of losses to finish a distant fifth.

So what are the teams’ prospects as the Tannahill Shield 2022 tees up on Friday 15 April?

Eight out of 10 players who turned out for Muthaiga last year will be on parade tomorrow. The only notable change in the team is the exit of Mutahi Kibugu who turned pro early this year. On paper, Team Muthaiga is unstoppable featuring a mix of experience and youth. The team has been patiently knitted over the last five years and boasts of the lowest handicappers in the tournament. Having Africa’s no.3 ranked amateur, Njoroge Kibugu, in your team not only boosts confidence but is intimidating enough to your opponents.

Hosts Team Royal has had a decent run in the Tannahill Shield’s 97-year old history. In fact, Team Royal’s guns are always trained on Team Muthaiga with the two maintaining a stranglehold on the shield since 1996.  Team Royal got a rude awakening last year that has occasioned a total overhaul of personnel. The team under the tutelage of a new coach- Pro Alfred Nandwa- will feature veterans Kevin Juma and Abner Onsumu plus several new faces but the glaring change is the omission of experienced amateur Jay Sandhu.

Whereas the Tannahill Shield has been reduced to a ping-pong contest between Royal and Muthaiga, Team Karen stands out as the closest challenger winning the title on eight occasions the most recent being in 1991. Sadly, Team Karen has failed to challenge for the shield in recent times and has been reduced to cheerleaders and perennial relegation candidates. They will be at Royal this week only at the mercy of the sponsor having finished last in 2021.

Team Railway and Sigona have failed to emerge from the shadows having been strong contenders in the past. Team Railway has won the event on three occasions- 1971, 1986 and 1990- but has posted a subdued performance lately despite dominating the Nairobi District Captains League. The team continues to punch below its weight despite having star players in the Kenya Amateur Golf Championship series led by John Lejirma and Joseph Gathumbi. Sigona’s only moment of fame came in 2013 when they finished joint top with Muthaiga but they have since failed to build on the momentum. All eyes will be on Kush Mediratta.

Limuru and Team Western have tasted the Tannahill Shield victory only once, in 1951 and 1996 respectively. Team Western has been blowing hot-and cold in recent times but seems most likely to upset the apple cart having finished runner-up last year. The westerners boast of a wealth of experience in KAGC mid-tier players Nelson Koech, Peter Rimui, Danny Chelogoi, Elly Barno and Luther Kamau. Team Limuru has always done just enough to stay out of the relegation zone and will be relying on inform Dennis Maara and veteran Paul Muchangi to go two better this time round having finished third last year.

It remains a mystery why Team Mombasa has never won the Tannahill Shield.  Kenya’s success in junior golf has for a long time been predicated on the structures set up at Nyali Golf Club. Players from the coast region have for long formed the bedrock of the junior national team. Despite having minted stars like Daniel Nduva, Mathew Wahome and Adel Balala, Team Mombasa has always found the going tough at the Easter tournament. The much-changed side featuring veteran Gurbux Singh among others will be relying on the international experience of Andrew Wahome and Sammy Mulama in their hunt for their maiden triumph. Team Vetlab, on a similar mission, have KAGC stars Isaac Makokha and Steve Orinda in their ranks.

The Tannahill Shield was first held in 1924 as a competition pitting two clubs. The tournament has since grown to a nine team interclub duel each comprising of 10 players. Traditionally, the team that finishes last among the Nairobi based clubs is relegated. Mombasa and Western teams are permanent invitees and are therefore never in danger of being relegated.

The inter-club foursome event is played over four rounds in three days. One round is played on Friday, while Saturday features a grueling 36-hole test with players wrapping up the tournament with an 18-hole round on Sunday morning. This year’s tournament will be preceded by an 18-hole seniors’ competition- 55 years and above- which will tee up tomorrow morning.