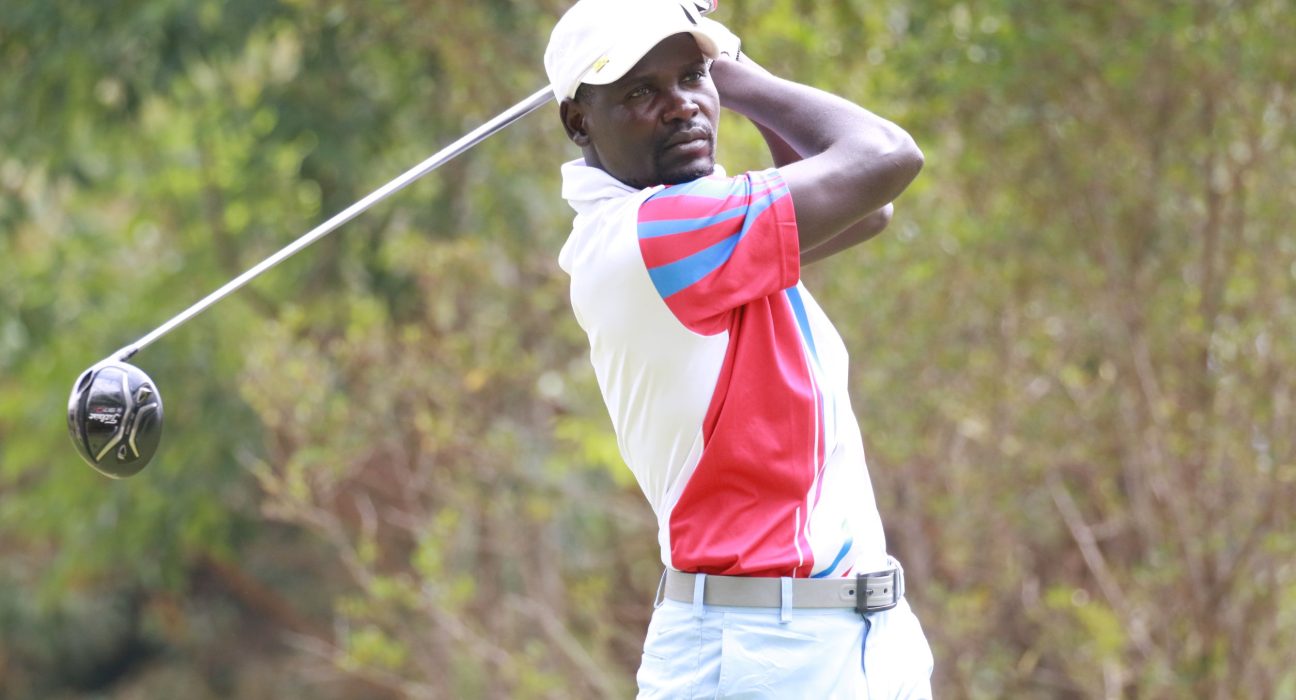 Samuel Njoroge and Erick Ooko shot an identical two under par 70 today to assume joint leadership in the opening round of the Safari Tour at Limuru Country Club.

On a day headlined by high scoring, Njoroge started off brightly with a birdie on the opening par-4 hole but dropped a shot on the par-5 fourth before sinking two more birdies on the ninth and thirteenth. Ooko matched the score after a bogey free back nine, characterized by two birdies, made amends for a level par front nine that saw the Golf Park player drop two shots on the second and ninth holes.

It was a good day in office for youthful pros as they put up an impressive performance to occupy three of the top 10 positions, outshining the more established pros. Edwin Mudanyi carded level par 72 to finish fourth while South Africa-based Daniel Nduva and Mutahi Kibugu shot one over par 73 to settle for T7.

Tour front runners- Dismas Indiza, Robson Chinhoi and Simon Ngige- found the going tough after an unconvincing opening day performance. Chinhoi and Ngige shot an identical four over par 76 to stay out of the top 20 while Indiza only managed six over par 78, a result that will push them to play aggressively tomorrow to get back into contention.

It was also a slow start for foreign pros as they were locked out of the top 10 positions. Zimbabwe’s Tafara Mpofu and Nigeria’s Sunday Olapande, the day’s top performers, shot two over par 74 to finish T11.

Five pros- Frank Matilo, Andrew Chelogoi, Promise Silla, Mathew Githinji and veteran John Limb- were kicked out of the tournament after failing to make the +13 opening day cut. 68 players, including 20 foreigners, teed up for the event which is the sixth in the 2021/2022 Safari Tour season.  The field will be reduced to 20 after tomorrow’s round.