Safari Tour: Madoya, Ooko in a two-way tie at the top as Chinhoi lies in wait
News 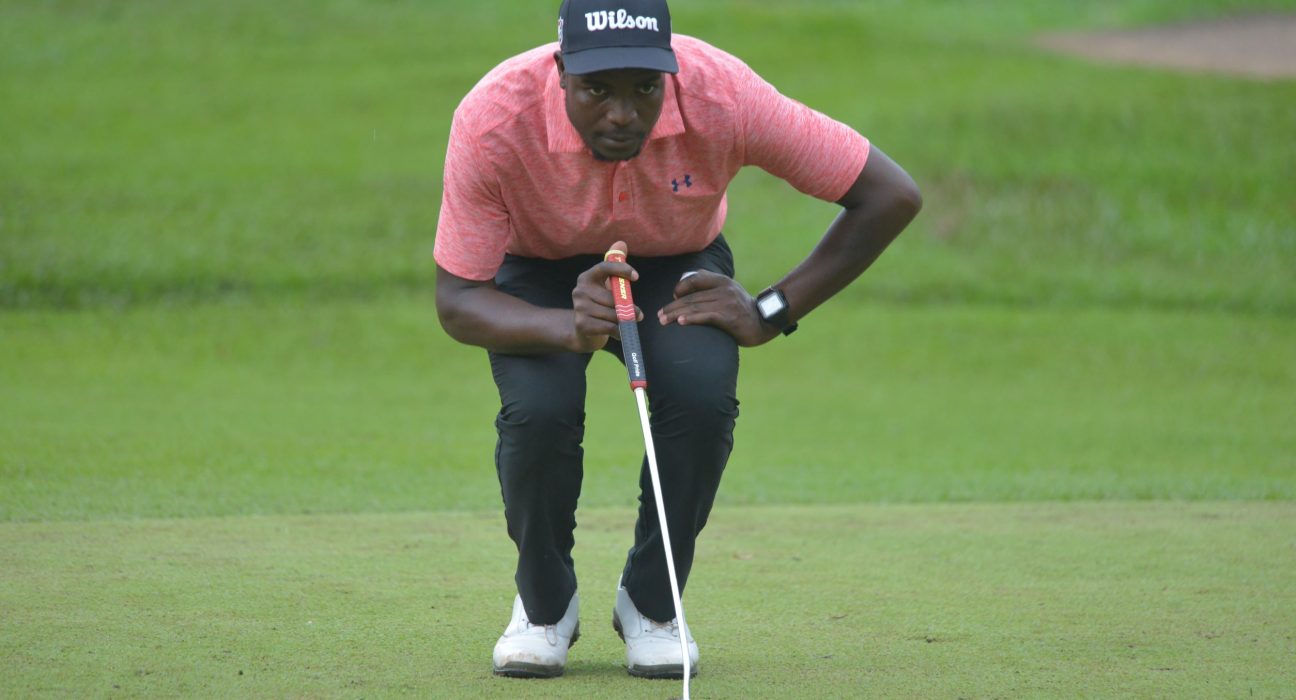 Overnight leader Eric Ooko surrendered his one stroke advantage to accommodate co-leader Jastas Madoya atop the leaderboard and set up the stage for a pulsating final round tomorrow at the Limuru Country Club.

The penultimate round of the sixth leg of the Safari Tour was a dour affair as the leading pack played cautiously failing to serve “earthquake golf” that is associated with the “moving day” round.

There was little movement at the top of the leaderboard with only Zimbabwe’s Robson Chinhoi rising three places to third after carding three under-par 69, the best round of the day. Madoya’s one under-par 71 was enough to level matters with Ooko who only managed a level par outing today to hang on to the leadership for the third straight day.

Golf enthusiasts will be looking forward to an exciting finale tomorrow as Ooko chases his maiden season win. The Golf Park player did not taste victory on Tour last season and will be going flat out to end the trophy drought that stretches way back to 2019. His best return this season has been fourth position at Nyali, though he has notched top 10 finishes in all the outings save for Vetlab.

Madoya and Chinhoi will be chasing their second victory of the season tomorrow.  Madoya triumphed at the Uganda Open last month while Chinhoi’s only victory this season was achieved at the Vetlab leg.  Currently sitting dangerously just above the cutline in the “Race to Magical Kenya” league, a victory will almost guarantee Madoya qualification to the European Tour event with two tournaments to spare.

Other leading contenders- Dismas Indiza, Samuel Njoroge and Simon Ngige- are well placed in the top 10 ahead of tomorrow’s finale and are guaranteed of a decent points haul in the “Race to Magical Kenya”, barring any calamity.

So far, a total of 12 sub-par rounds have been registered in the last three days with Madoya and Chinhoi recording two apiece to top the race for the bonus payout. Each leg has a purse of Kshs 2 million from which 70% goes to prize money while 30% is allocated to a bonus pool for exceptional play.