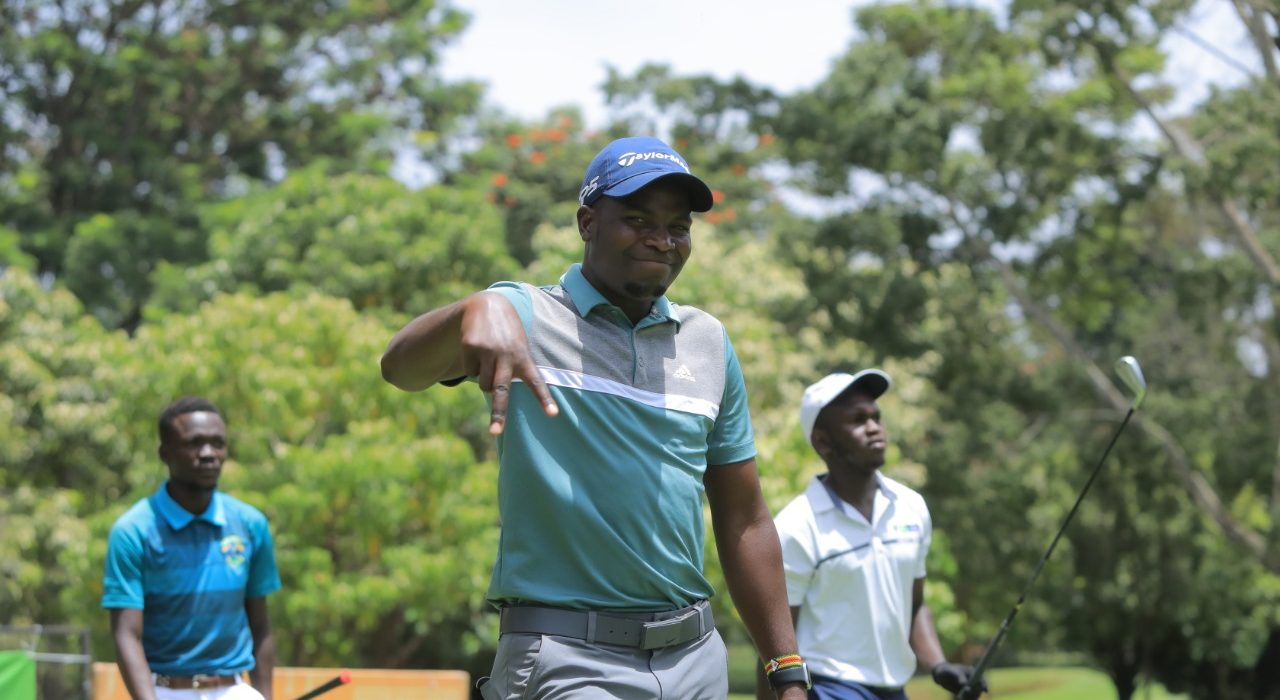 Zimbabwe’s Robson Chinhoi increased his lead from one to six shots as 23 players including two amateurs survived the second round cut, to move to the last two rounds of the KCB Bank Sponsored Safari Tour series eighth leg at the par 71 Muthaiga Golf Club course.

Currently in his best form, Chinhoi fired five under par 66 to take his aggregate to 12 under par 130, leaving Malawi’s Paul Chidale in second place on six under par 136.  Chinhoi started off with a three putt at the first hole, to pick up his first bogey of the day, thereafter, the on-form Zimbabwean rolled in birdies on the third, fourth and seventh, and later on at the 10th, 15th 17th and 18th with a bogey in the back nine coming on the 16th hole.

It was not a smooth start also for the Malawian Chidale as he picked up four early bogeys at the first, second, fourth and fifth, though he managed to recover two shots at the seventh and eighth before crossing to the back nine where he made birdies at the 10th, 12th and 13th for the day’s one under par 71 and a two rounds total of 136. Tying for the third place on 137 were Uganda’s Ronald Rugumayo and the long hitting Daniel Nduva. Rugumayo shot three under par 68 while Nduva who had fired 65 in the first, shot one over par.

Also moving closer to the leader was Golf Park ‘s Erick Ooko whose three under 68 second round score gave him a total of 138 as he start the chase for the top in the Sh3 million event where at stake for the winner will win a cool Sh450.000, a good amount to prepare for the forthcoming Magical Kenya Open to be held at the same venue. The top eight Kenyans after this week’s event will earn automatic slots to the Kenya Open, while Chinhoi is likely to grab the top slot among the regional players, with Rugumayo, Deo Akope and Visitor Mapwanya chasing the second slot.