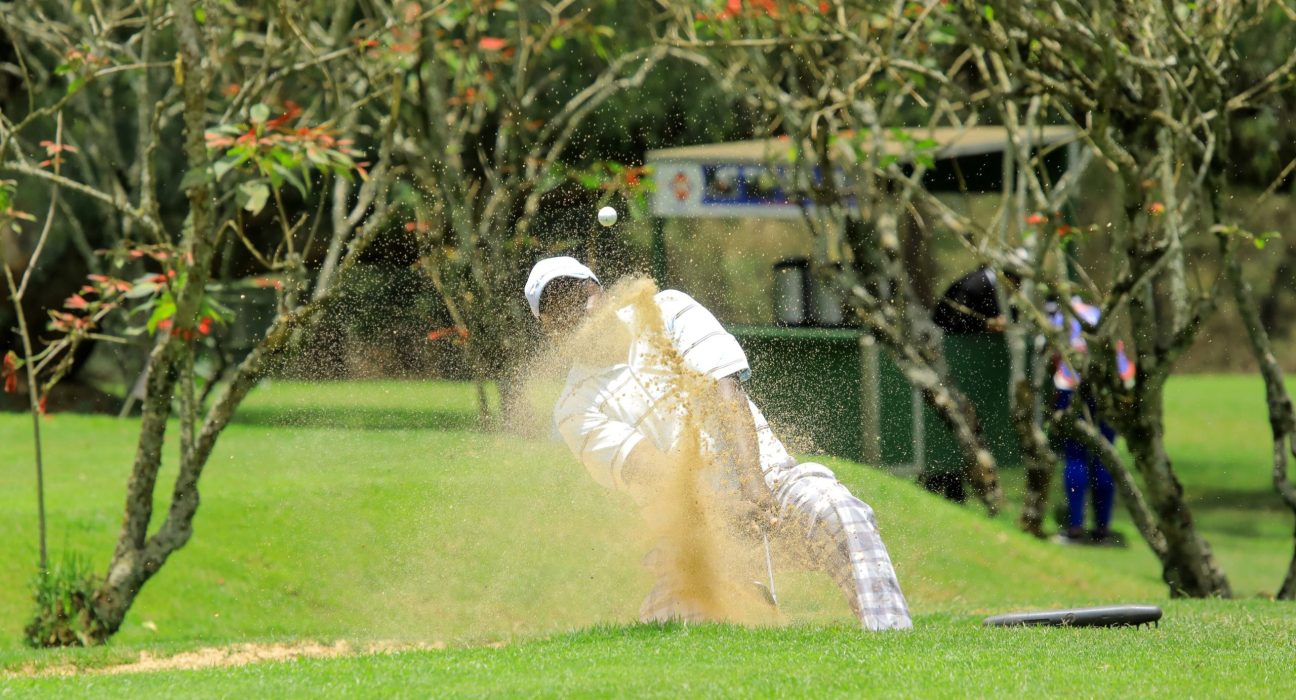 The race for the eight slots to the Magical Kenya 2022 remains wide open as the Safari Tour reaches a crescendo next week at the Limuru Country Club. In a bizarre turn of events, no player has exhibited dominance in the five Tour events played so far, each tournament producing a new winner.

Veteran golfer Dismas Indiza is firmly placed in the driver’s seat with a narrow lead ahead of Zimbabwean Robson Chinhoi and Simon Ngige. Despite not winning any event in the current season, Indiza has been the most consistent performer finishing second at the Uganda Open and Nyali Open to amass invaluable points alongside two top 10 finishes at Sigona and Great Rift. His only blight of the season was a missed cut at Vetlab.

Last season’s runner up Chinhoi has maintained good form on the Tour with a crucial win at Vetlab followed by a third place finish at Uganda Open. He has however been blowing hot and cold failing to convert 54-hole leads to victory on a couple of occasions. Going by the standards he set last season when he took the Tour by storm, a lot more will be expected from the Zimbabwean in the remaining three events. He is currently enjoying a comfortable 34 point-lead over his closest challenger- Malawian Paul Chidale- in the race for the three Magical Kenya Open slots reserved for the foreign pros on the Tour.

Simon Ngige completes the list of players in the podium places following another great start. A reliable bet, Ngige has been a permanent fixture in the top 10 in the season’s opening events save for Uganda Open. He’s a huge beneficiary of the points accumulation system enjoying close to 40% of his final tally from points garnered in 2019 and 2020.

Though currently occupying the coveted top eight places, Eric Ooko, Greg Snow, David Wakhu, Samuel Njoroge, Jastas Madoya and Edwin Mudanyi cannot afford to blink. Much pressure will be on former Tour no. 1 Snow to kick-start his season after lackluster opening performances. He has only managed two third place finishes- Vetlab and Great Rift- his nadir arriving in Mombasa when he missed the cut at the Nyali Open. Since joining the paid ranks last year, Njoroge’s form has plateaued this season as he is yet to win any event.

Veterans Jacob Okello, Tony Omuli and CJ Wangai are currently sitting dangerously below the cutline and must up their game to have any realistic chance of playing in the European Tour event at Muthaiga.

The fight for the foreign pros slots is also expected to get feisty granted their increased participation this season. It will be a straight shootout on the homestretch between Chidale, Uganda’s Deo Akope, Nigerian Andrew Odoh and Zimbabwe’s Visitor Mapwanya as they seek to join Chinhoi. A re-energized Akope is back in contention after winning the Nyali round and finishing in the top 10 at the Uganda Open. Mapwanya has been in fine form this season finishing fifth in Uganda and Sigona plus another top 10 finish at Nyali.

The Safari Tour is used to select players to Magical Kenya Open with the top eight Kenyans earning automatic entry while another eight slots are reserved for foreign players and sponsor interests. The final ranking is based on 70 percent of points earned in the current season while 20 percent and 10 percent of the points are carried over based on players’ performance in season three and season two respectively.

After the Limuru event, the Tour will move to Karen before winding up at Muthaiga late next month.