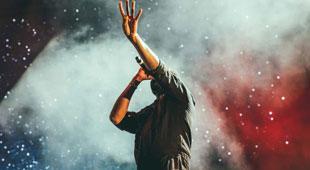 Spectators will be allowed at this year’s Magical Kenya Open which will be held at Muthaiga Golf Club. Announcing this today, Tournament Director Patrick Obath however warned that stringent Covid-19 checks will be observed at the venue.

“While we are having an event with spectators this year, we have ensured that we have put in place adequate measures to protect the health of everyone who will be involved in the event. All government protocols with regards to the Covid-19 pandemic will be fully implemented throughout the tournament,” Obath disclosed.

The announcement is a welcome relief to spectators who were locked out of the event last year for the first time in the history of the event. All the 156 players and match officials who participated in the Magical Kenya Open and The Savannah Classic had to contend with tough Covid-19 protocols as the European Tour officials left nothing to chance in the wake of the rising coronavirus infections in the country. Under the arrangement participants were compelled to reside in a “Bubble” – a term referring to five hotels selected to exclusively accommodate players and officials

“This year we shall have a pseudo bubble. Although we shall not limit the number of spectators, we shall have full protocols on social distancing, testing and mixing,” said Obath

The 53rd edition of the Magical Kenya Open returns to Muthaiga Golf Club from 3rd to 6th March, 2022. A field of 156 golfers will compete for the $ 2 million prize purse. Sports Cabinet Secretary Amina Mohammed today released Kshs 250 million to the Kenya Open Golf Limited towards funding the tournament.

On the PGA Tour, Tom Hoge carded nine under par 63 to take the early lead at the 76th edition of the AT&T Pebble Beach Pro-Am. Hoge who finished runner-up two weeks ago in the American Express shot a bogey-free round made up of six consecutive birdies to assume round one leadership. Seamus Power is in second position one shot off the pace after returning another bogey-free 8-under par round headlined by four back-to-back birdies.

The event is featuring nine of the top 50 players in the world including Jordan Spieth, Justine Rose and former world no. 1 Jason Day. The Pro-Am features has a field of 156 players battling it out for a total purse of $8.7 million. Each PGA Tour pro is paired with an amateur player for a team competition in the first three rounds. Amateurs pay an entry fee of close to $40,000. The top 25 pro-am teams and the top 60 and ties among the pros after 54 holes will make the cut.

Catch all the action live exclusively on DStv. Visit www.dstv.com to subscribe or upgrade, and join in on the excitement. And while you’re on the move, you can stream matches on the DStv App.