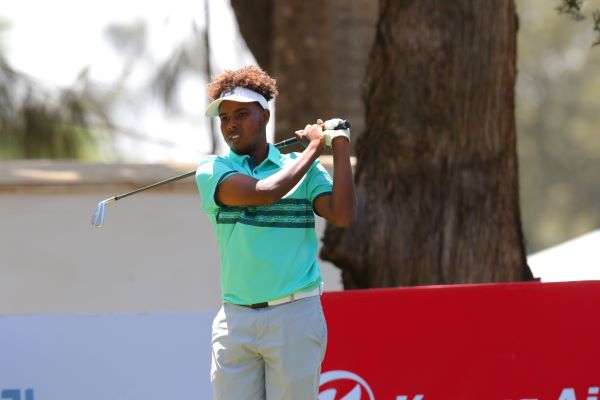 Two weeks after hogging the limelight at Magical Kenya Open, teenage star Njoroge Kibugu returns to Muthaiga tomorrow for his maiden appearance at the Kenya Amateur Golf Championship. Kibugu will fight it out for the Muthaiga Open title alongside Mike Karanga, John Lejirma and Dennis Maara in the 54-hole shootout as players dash for early points in the series.

After sitting out of last week’s Windsor Classic, Kibugu had good midweek outing where he finished joint second in the inaugural Savannah Tour, a weekly tournament that brings together local professional golfers and top amateurs. Going by his recent form, home player Kibugu is heavily tipped to stop Jay Sandhu’s quest for a hat-trick of titles as the veteran marches on in his quest to reclaim the Kenya-one status. Sandhu has been in fine form this season winning two events- Sigona Bowl and Windsor Classic- and another win this weekend will see him open a healthy gap at the top of the KAGC order of merit.

The Muthaiga Open has attracted 96 players including players from Rwanda, Tanzania and Uganda. Among the players to watch in the foreigners’ corner is Rwanda’s Celestine Nzanzuwera who finished second last week at the Windsor Classic, three shots behind Sandhu.

On the PGA Tour four players including defending champion Sam Burns are tied at the top of the leaderboard on -7 following a low scoring opening round at the Valspar Championship. Burns who is seeking to become the fourth multiple winner in the event’s history is joined at the top by Adam Hadwin, David Lipsky and Jhonattan Vegas.

Four players are tied in second position one shot behind as favourites Justin Thomas and Dustin Johnson lie in wait after carding -5 and -4 respectively to enhance their chances of clinching $1,404,000 of the $7.8million prize purse.

Follow all the action on SuperSport live from the par 71 Copperhead Course at the Innisbrook Resort and Golf Club in Palm Harbor, Florida. Visit www.dstv.com to subscribe or upgrade, and join in on the excitement. And while you’re on the move, you can stream matches on the DStv App.