Naomi Wafula excited to go up against top golfers
News

Naomi Wafula excited to go up against top golfers 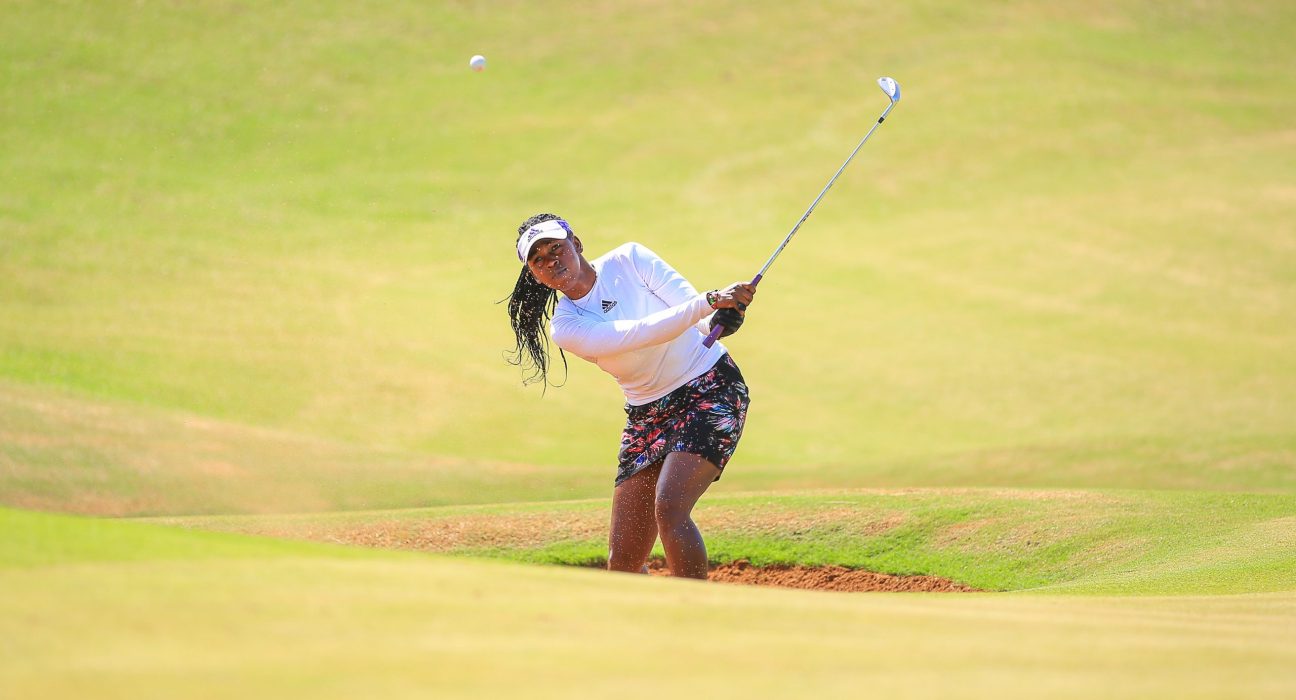 The 2022 Magical Kenya Ladies Open tees-off tomorrow, Thursday, February 10th, at the Par-72 PGA-accredited Baobab Course at the Vipingo Ridge in Kilifi County. Kenya’s Naomi Wafula, who makes her sophomore appearance at the event, has been honing her skills at the PGA academy at the Vipingo Ridge and relishing the challenge ahead.

Speaking after her practice round on Wednesday, Naomi, who is one of only four Kenyan golfers taking at the event, said she was excited at the prospect of going up against top international lady golfers, saying she hopes to pick up key learnings.

“I am delighted to be going up against top lady golfers, including Esther Henseleit, who won in 2019. There is a bit of pressure to play against these top golfers, but we are more prepared compared to 2019. For us, it is also a learning opportunity as we also golfers become professional golfers in the future.”
Naomi, a former Kenya National Ladies Golf champion, was also full of praise to the event organizers and sponsors for the work towards the tournament, noting it will motivate more women to participate in the sport.

“We have received a lot of support from KLGU, event organizers, and sponsors, and we are delighted with the efforts that have been put in place to make the tournament a success. This will no doubt encourage more participation of ladies in the sport. It is up to us now to put in the hard work as we represent the country in the competition.”

For her opening round of the campaign, Naomi will have an afternoon tee-off at 1:03 pm in the company of Germany’s Olivia Cowan from Germany and Nuria Iturrioz from Spain. In the 2021 LET season, Olivia finished fifth and ended the year on a high securing status on the LPGA Tour.

She was close to victory individually last year and recorded eight top-10 finishes but did get into the winner’s circle as a captain to Team Cowan at the Aramco Team Series – London. In 2019, she finished tied in 9th at the inaugural Magical Kenya Ladies Open.

Meanwhile, Kenya’s Bhavi Shah and Faith Chemutai will get the 2022 Magical Kenya Ladies Open underway tomorrow when the tournament tees off at 7:45 am at the Par-72, PGA-accredited Baobab Course at the Vipingo Ridge in Kilifi. A field of 94 players will take to the course for the opening round in the quest for top honours at the tournament.

Mercy Nyanchama, who also played at the inaugural event in Vipingo two years ago, gets her campaign going at 11:57 am in the company of Heather Macrae from Scotland and Patricia Barrio from Spain.
The Magical Kenya Ladies Open defending Champion, Esther Henseleit from Germany, will start her title defence when she tees-off at 12:52 pm.