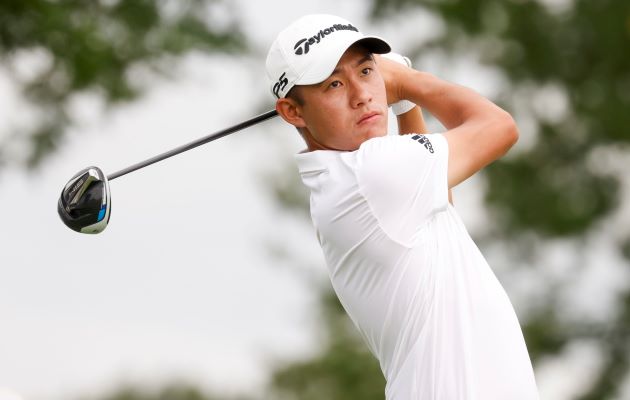 A weekend showdown of golf’s top stars was set Friday at the US Open as two-time major winner Collin Morikawa seized a share of the lead while Jon Rahm and Rory McIlroy were one stroke adrift.

“No one has taken it deep so far and run away. But you know what, right now my game feels really good. The last few days is a huge confidence booster for me heading into this weekend, and hopefully we can make some separation somehow,” said Morikawa who won last year’s British Open and the 2020 PGA Championship.

McIlroy, who endured a double-bogey disaster at the third hole, sank a 15-foot birdie putt at the 12th, drove the green in two to set up a tap-in birdie at the par-5 14th and sank a 12-foot birdie putt at 17. “I’m in a good place. I’m really happy with where my game is at and I think that’s the most important thing, ” said McIlroy, chasing his first major title since 2014.

Top-ranked Masters champion Scottie Scheffler, with an eagle and two birdies in the last six holes, was on 137. “I just stayed real patient. If a few putts had gone in instead of around, it could have been a really special day, ” he said. Rahm, a back-nine starter, holed a 12-foot eagle putt at the par-5 14th, drove the green to set up a birdie at the par-4 fifth and chipped from the rough ahead of a tap-in birdie at eight. Rahm said: “It’s great for the game of golf that the highest-ranked players and the best players are up there. It’s fun for all of us because we all want to compete against the best and beat the best.”

Dahmen, 34, won his only PGA title last year in the Dominican Republic. He missed a 10-foot birdie putt at 18 that would have given him the lead alone. “It’s all kind of a blur, which is probably a good thing,” Dahmen said. “Handled nerves pretty well out there. It’s going to be quite a weekend.”

Six-time major winner Phil Mickelson missed the cut on 11-over 151. The 52-year-old was among 15 rebels from the Saudi-backed LIV Golf Series facing US PGA Tour stars. US major champions Dustin Johnson and Patrick Reed were the best of the LIV players in the field on 141, with Bryson DeChambeau and Richard Bland also making the cut on 142.