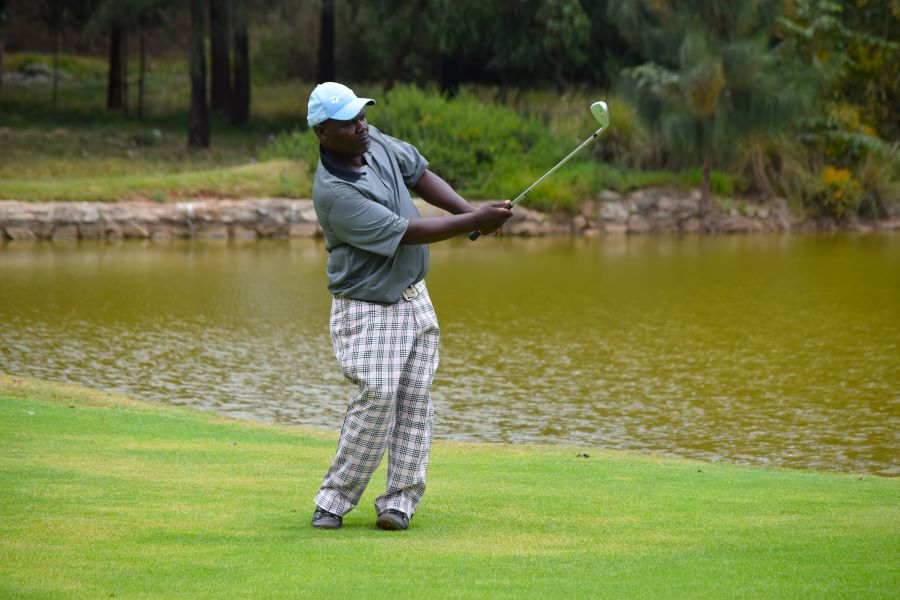 Fourteen Kenyans led by multiple winner Dismas Indiza made the cut at the end of the two opening rounds of the Uganda Open at the Lake Victoria Resort Club to maintain hopes of retaining the title.

Nigeria’s Kamalu Baku fired a superb four under 68 today to move into second position two shots behind 36-holes leader Zimbabwe’s Robson Chinhoi. Baku dropped only three shots today in a performance that was headlined by two eagles and three birdies to keep Chinhoi in check.  The Zimbabwean overcame a shaky start to post five birdies on the front nine but three dropped shots on the back nine prevented him from opening an unassailable lead as he chases a second title in three years.

Indiza dropped to third after carding two under 70 but will be hugely boosted in his quest for a sixth title by the two priceless eagles he made on the par-5 number eight and 17.  He will be joined in the hunt by Greg Snow whose two under 70 moved him six places up the leaderboard to fifth as he chases his first win in Uganda. Other Kenyans in the mix are Njuguna Ngugi, Samuel Njoroge, Simon Ngige and Jacob Okello. Others include Mathew Wahome, Mutahi Kibugu, George Felix, Hesbon Kutwa, Robinson Owiti, Daniel Nduva, Frank Matilo, David Wakhu and Nelson Mudanyi.

Ugandans will be betting on Ronald Rugumayo to deliver her first victory since 2014 after he shot 70 today for -1 gross to move into fourth position on a day 13 local players made the cut.

A total of 36 players made the cut and will fight for the Kshs 3.5 million prize money and Safari Tour order of merit points in their quest to qualify for the Magical Kenya Open 2023.