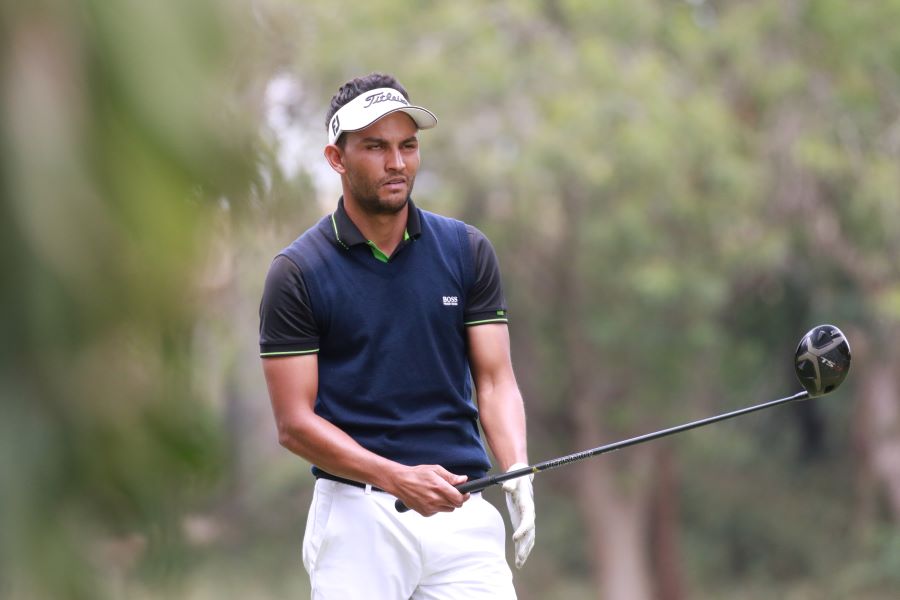 Zimbabwe’s Robson Chinhoi opened a five-shot lead at the top after shooting a brilliant six under 66 for -11 gross score to leave the chasing pack gasping for breath as the Uganda Open entered the penultimate stage at the Lake Victoria Serena Resort club.

Chinhoi was in superb form posting identical three under scores on the front and back nine while only dropping a single shot on a day everything went wrong for his nemesis Dismas Indiza. The veteran played himself out of contention in an error-prone four over 76 round that saw him drop to eighth on two over par gross.

Reading from the same script, Nigerian Kamalu Bako failed to keep pace with Chinhoi despite starting the day only two shots adrift in second as he labored to a four over 76 round to drop to seventh.

Local boy Ronald Rugumayo carded a decent five under 67 to keep the contest alive as he charged up to second on the leaderboard to keep alive the hosts hope of capturing the title for the first time in eight years.

The Kenyan coterie led by Greg Snow who shot a modest one under 70 today to move into third will have to dig deep tomorrow to prevent Chinhoi from bagging the title he last won in 2019. With Simon Ngige discovering form at the right time following today’s five under 67 round, a podium finish still seems realistic as the Kenyans continue to chase glory in the “Pearl of Africa”.