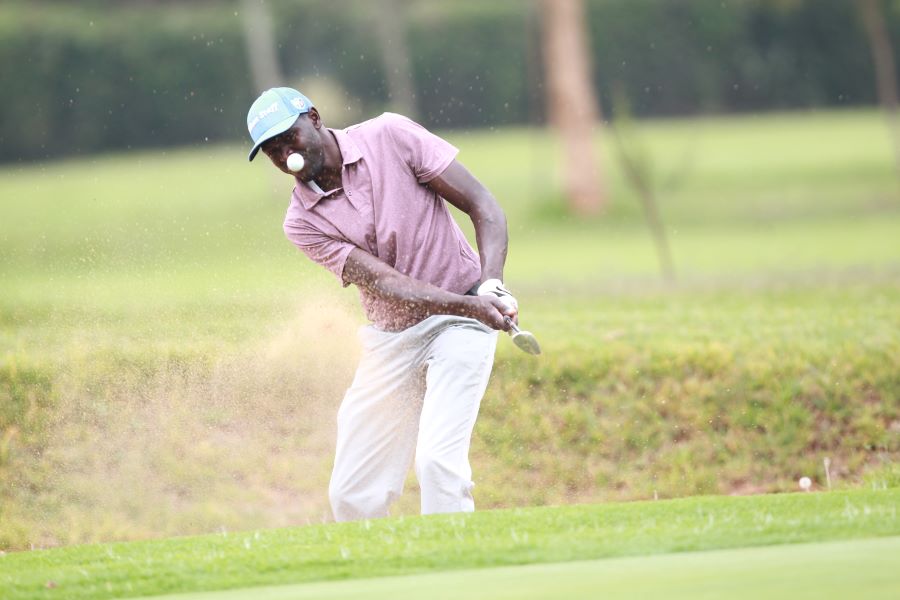 Jeff Kubwa sunk a priceless birdie on the seventh play-off hole to edge out a determined Jastas Madoya and claim the fifth leg of the Savannah Tour at Sigona Golf Club.

It was a dramatic end to the day’s proceedings as six players- Kubwa, Madoya, Dismas Indiza, Jacob Okello, Erick Ooko and Frank Matilo- tied on two under 72 at the close of the 18-hole competition to extend the match into a sudden-death shootout.

There was nothing to separate the six in the first two play-off holes- no.10 and 11-  as they all shot par to extend the match. The field was cut by two on no. 12 after Okello and Matilo bowed out with bogeys apiece. Indiza and Ooko were the next casualties on no.13 as they failed to match the birdies carded by Kubwa and Madoya. The two remained inseparable in the ensuing two holes with excellent pars before Kubwa prevailed with a birdie on the par-4 number 16.

Meanwhile Team Vetlab is the winner of the Junior Tannahill Shield 2022. Vetlab emerged winners of the 36-hole competition after carding 532 gross ahead of Royal and Mt Kenya who finished on 535 and 548 respectively. The two day foursomes competition brought together eight teams of boys under 18 years old. It was a curtain raiser for the main shield competition which will tee up on Friday at Royal Nairobi Golf Club.