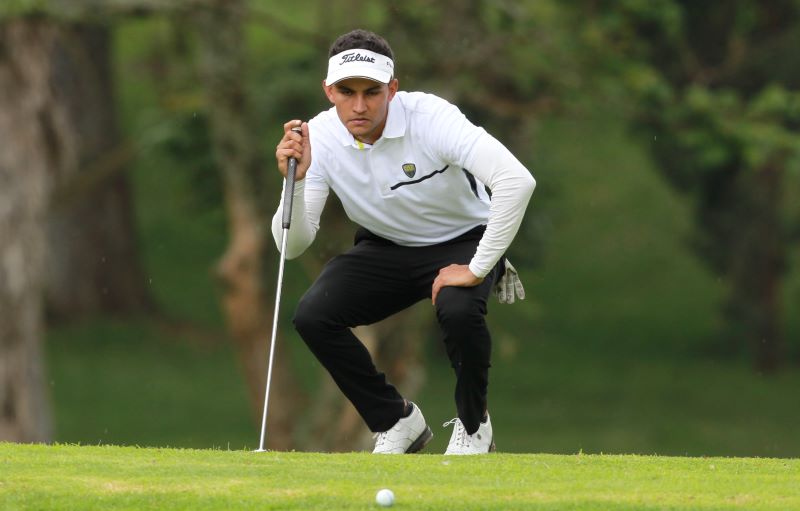 Greg Snow won the second leg of the 18-hole Savannah Tour after prevailing in a nail-biting three-way play-off at Limuru Country Club today.

It took three holes to separate Snow from Erick Ooko and amateur Mike Karanga after the trio had finished on two under 70 in regulation time. After tying on par in the opening no.1 play-off hole, there was nothing to separate the trio after they carded identical bogeys on the second play-off hole no. 8 before Snow tapped in for birdie on no.9 to claim the Kshs 100,000 winner’s prize.

“I played really good today; I had the ball under control and struck it really nice. It is unfortunate that I didn’t make good of a few chances I had at some of the holes, but other than that it was a decent performance. The course was in really good condition, and I took advantage of that. I played the play-off with two very good players, and I had to make a very good shot on the last hole to win,” said Snow.

Karanga who won the Muthaiga Open amateur series last week seemed headed for an upset after carding level par, one better than Snow and Ooko, on the tough front nine. However, his more experienced competitors upped their game on the back nine with four birdies and one dropped shot apiece for identical three under 33 rounds to deny the amateur the top prize.

The second leg of the weekly Tour witnessed a slight growth in numbers as 58 players turned up compared to 51 last week. The next round will be held at Vetlab on Tuesday next week with the organizers hoping to keep growing the numbers. “We are yet to come up with a full calendar but ideally we would like to have as many as 52 events to keep the top players active throughout the year. We want to get a total buy-in from players and hosting clubs then we agree on a calendar,” said Taufiq Balala, Savannah Tour Convenor.

He disclosed that the Tour will soon come up with a points system that will be used to come up with an Order of Merit to reflect the players’ form-guide. “The order of merit will be developed alongside other partners like Kenya Open Golf Limited the organizers of Safari Tour so that Savannah Tour acts like a development tour.  Our ultimate goal is to attract at least 100 players per event to make it sustainable. As soon as we reach this number we shall start considering growing the Tour to beyond 18 holes,” said Balala.

The Tour is banking on the Professional Golfers Association of Kenya, PGA-K, admitting more players in the paid ranks. Balala noted that “a good number” of elite amateurs are ready to turn pro and called upon PGA-K to admit them unconditionally: “We should permanently fix our eyes on attaining World Golf Ranking recognition so that our local events are recognized globally. For us to achieve this milestone, local events must be graced by a minimum of 80 pros and the Tours must have a minimum of 10 legs, each with a minimum of $30,000 prize money.”