Golf’s divisive LIV series to tee off this week
News 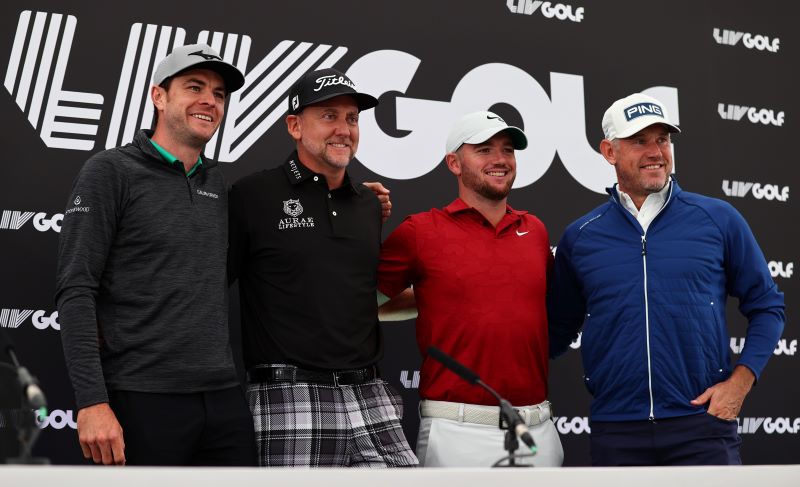 A field of 48 golfers will play at this week’s inaugural LIV Golf Invitational series that will tee off in London. The stars at the breakaway tournament include Dustin Johnson, Sergio Garcia, Phil Mickelson, Ian Poulter, Lee Westwood, Charl Schwartzel, Louis Oosthuizen and Martin Kaymer.

There are eight events in the inaugural LIV Golf Invitational Series. Seven are regular-season events — in North America, Europe, Middle East, and Asia — where players will compete as individuals and in teams for points and prize money. Those competitions will be played over 54 holes in a traditional strokeplay format, instead of the usual 72, and there will be a “shotgun” start for all groups of players, who will tee off from different holes at the same time.

At the end of the seven tournaments, an individual champion will be crowned based on points accumulated throughout the season. The eighth and final tournament will be a season-ending Team Championship matchplay event in Miami played over four days.

The golfers in the LIV series will be playing for the biggest prize pots in history — putting even the rewards on offer at the four majors in the shade. Each regular season event will have a prize purse of $25 million, with the winner taking home $4 million. Following the first seven events, an individual champion will be crowned, offering a total purse of $30 million for the top three individuals of the season. The season-ending team championship will have a prize fund of $50 million.

The LIV series is bankrolled by the Saudi sovereign wealth fund. Amnesty International is adamant that the series is another example of the “sportswashing” of the Gulf state’s human rights record. The series is fronted by former world number one Greg Norman, now chief executive of LIV Golf Investments, who has spoken of his vision for a “free and open market” in golf.

Those opting to play have done so despite warnings of disciplinary action from the US PGA Tour. Two-time major winner Johnson announced on Tuesday he had resigned his membership of the PGA Tour, following the example of compatriot Kevin Na.

Meanwhile players taking part in the opening event the controversial Saudi-backed golf series will be free to play in the US Open, the United States Golf Association has said. A statement from the USGA said barring players who have signed up to the lucrative LIV Golf Invitational Series would be “inappropriate and unfair”. “We pride ourselves in being the most open championship in the world and the players who have earned the right to compete in this year’s championship, both via exemption and qualifying, will have the opportunity to do so,” the USGA statement said.

This year’s US Open takes place at The Country Club in Brookline, Massachusetts, from June 16-19, and comes as the world of golf is in uproar over the launch of the money-spinning LIV Golf series. Whether players who split with established tours to join LIV Golf would still be allowed to play in golf’s four majors has been one of the biggest uncertainties. The USGA said in its statement on Tuesday its decision to allow LIV players into next week’s Open was not evidence of support for the new series. “Our decision regarding our field for the 2022 US Open should not be construed as the USGA supporting an alternative organizing entity, nor supportive of any individual player actions or comments,” the USGA said.