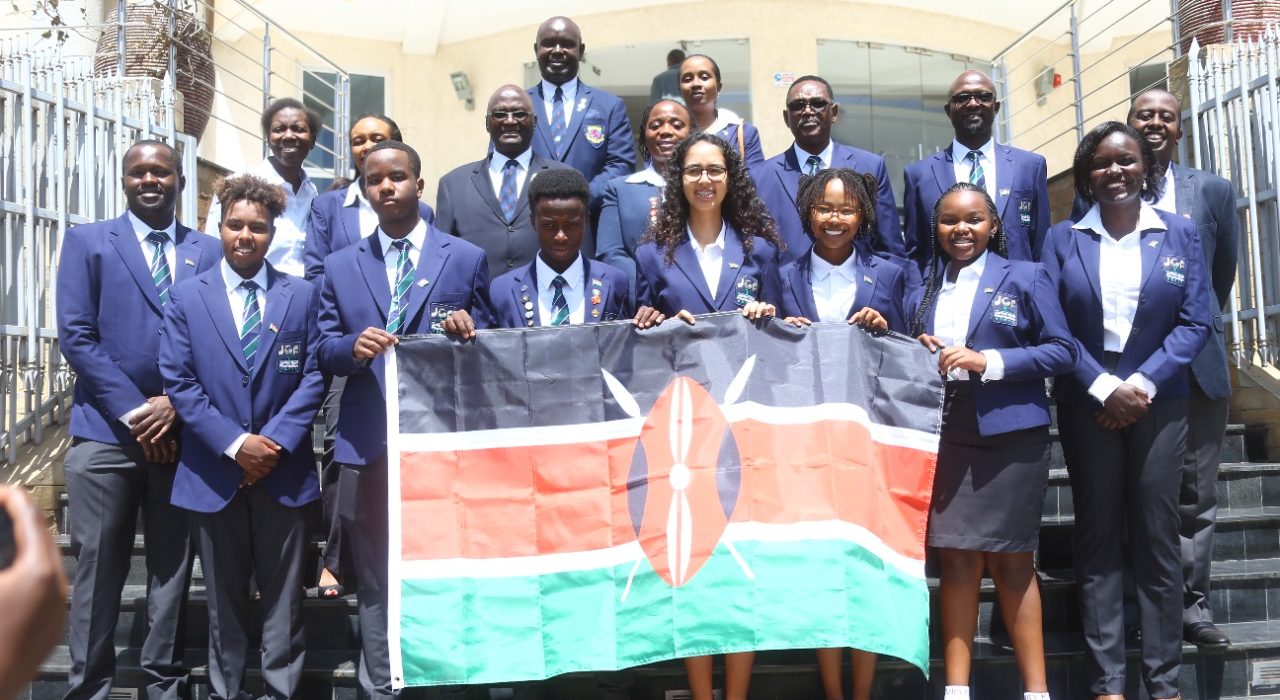 The South Africa boys team has won the All-Africa Junior Golf Challenge for a record 21 consecutive years while the girls have won the last four editions back-to-back.  And now an ambitious Team Kenya jets out tomorrow to Cairo to stop this dominance as the continent’s top junior golfers congregate at Palm Hills Golf Course from 28-31 March.

It has a high stakes event that will see the winning boys team and runners-up, plus the winning girls team qualify for the annual Toyota Junior Golf World Cup in Japan.

Kenya will be represented by a team of four boys- Njoroge Kibugu, Andrew Wahome, Elvis Muigua and Krish Shah- while the girls team comprises of Bianca Ngecu, Belinda Wanjiru and Alyssa Jamal.

So what are the prospects for Team Kenya?

The team has been in training for one week under the tutelage of pro Njuguna Ngugi. The Coach who doubles up as the Junior Golf Foundation Development Officer exuded confidence ahead of the arduous task saying the team is capable of dethroning the South Africans. “Though we have not been together for long, I am very encouraged by the talent we have in the team. We have a good mix of experienced players and debutants and they are all very committed,” said Njuguna.

Team Kenya will be banking heavily on the experience of captain Kibugu who is in great form at the moment after playing in a series of events in the South Africa in the last one year.  Still basking in the Magical Kenya success, Kibugi is not a new comer on the All-Africa Challenge stage and lessons learnt in the prior events should enable him chaperone the team to victory.

One of the reasons cited for South Africa’s success at junior golf level is structured competitions and a credible order of merit system. This, Njuguna says, is a journey that the Junior Golf Foundation has embarked on and is beginning to bear fruit. “We relied on an objective ranking system from our events to select the team. In the last six months we have managed to put together a comprehensive calendar which has ensured that junior golfers are engaged all-through. The partnership with the US Kids Golf is also helping us to fine-tune the technical aspects of junior golf. We travel to Cairo feeling very confident that these programmes will see our boys and girls going toe-to-toe against Africa’s best,” said Njuguna who coincidentally captained the Team Kenya junior team 20 years ago.

The four-day team event is open to boys and girls up to the age of 18 years.

On the international scene, the WGC-Dell Technologies Match Play Championship enters the third day with several top stars battling to qualify for the round of 16.  Despite winning their two opening matches, Jon Rahm, Viktor Hovland, Dustin Johnson and Brooks Koepka will have tough assignments tonight in their quest to advance to the knock-out stage.

A total of 19 players have already been mathematically eliminated from the championship after failing the test in the opening two fixtures. They include world no. 4 Patrick Cantlay, Bryson DeChambeau, Patrick Reed and Paul Casey.  The matchplay tournament which brings together the top-ranked 64 players in the world has a $12million purse.

SuperSport viewers on DStv can follow all the action live from the Austin Country Club in Texas. Visit www.dstv.com to subscribe or upgrade and join in on the excitement. And while you’re on the move, you can stream matches on the DStv App.